Disney to Release One Star Wars Film Each Year Starting in 2015: Geeks Rejoice!

As I said before, I’m a big fan of Star Wars – particularly the original three films. I’ve seen the prequels several times too, but they’re not nearly as good as the originals in my opinion. Still, I’m rather excited and anxious at the same time that Disney purchased the Star Wars franchise and will be producing new movies. 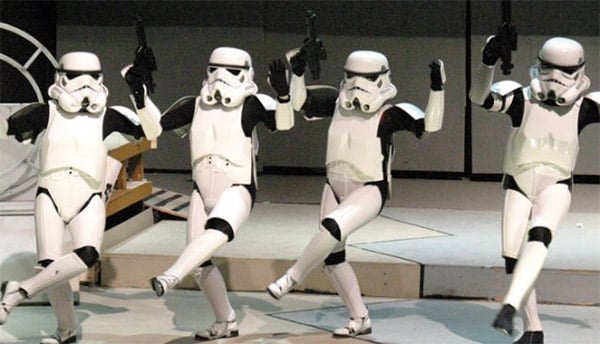 I’m excited because I can’t wait to see the new films but I’m also anxious that Disney could really screw them up. The good news is that the first new film will hit theaters in 2015. The company also promises a new movie set in the Star Wars universe each year from 2015 on.

Disney plans to release a new film trilogy as a follow-up to the original trilogy picking up after the events of Return of the Jedi, with the first film to be directed by J.J. Abrams. There are also plans for a string of original films looking at some of the major characters’ back stories. I’m really looking forward to these – I sure hope the movies turn out good. Though nothing could possibly be as bad as Midichlorians and Jar-Jar Binks.