Next Pirates of the Caribbean Movie Delayed: Yo-Ho, Oh-No 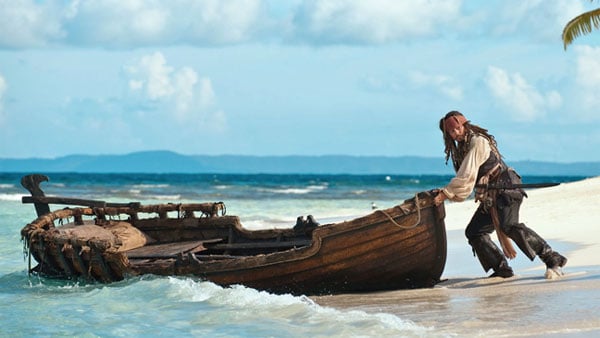 Bruckheimer recently said that they were supposed to start filming in March, but the script has now been sent back for rework. The studio reportedly said that the existing script was hard to follow and would cost too much to make. Bruckheimer says that the outline for the film was well received and the script has been returned to screenwriter Jeff Nathanson for a rework. He’s hopeful they can still be in a position to release the movie in the Summer of 2016.

Considering the film is being made by the producer behind the $250 million summer bomb The Lone Ranger, I’m sure Disney wants assurances that the next Pirates movie doesn’t suck.