Noodles don’t taste just as good without the soup. That’s the thing I don’t like about chopsticks. They’re fine for picking up meat and veggies and for cramming noodles into your mouth, but unless you’ve got a soup spoon, then you’re left slurping the soup up from the bowl.

Changing all that are Soup Straws by Julian Lechner. 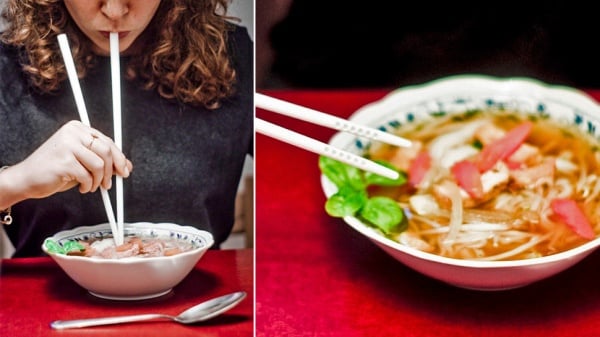 They’re essentially chopsticks that double as straws, so you can slurp some soup in between mouthfuls of noodles without needing any other utensils. This is made possible by the fact that the chopsticks are hollow and have a couple of holes near the tip, allowing them to function as straws.

Unfortunately, they’re only a concept for now. They certainly don’t seem like they’d be difficult to produce, so maybe one day they’ll actually turn these into a reality.

[via MoCo Loco via Gizmodo]