For some reason, My Little Pony reminds me of the Powerpuff Girls. It’s probably because of their usage of bright colors or the fact that their larger-than-life fanbase includes unusual members, most notably grown-up men who probably aren’t who the shows’ producers were targeting. 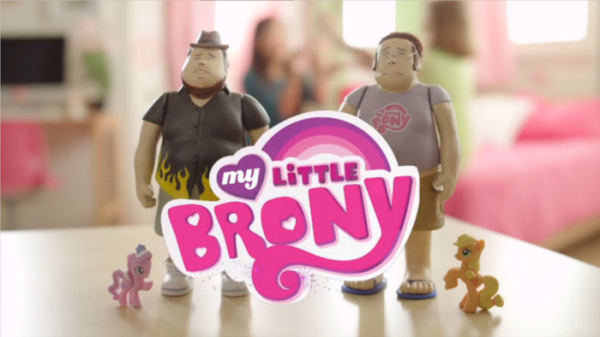 But there they are and here we all are. Male fans of My Little Pony are so great in number that they’ve come to be collectively known as bronies. You know, bros who love ponies.

Never being one to let something slip past them, College Humor picked up on this to come up with a new range of fictitious but oh-so-amusing line of dolls, aptly called My Little Brony. They even put together a commercial featuring the fake dolls, just for the heck of it…

LOLs aside, what do you think?

[via Jezebel via Incredible Things]