Star Trek Into Darkness is now available on Blinkbox’s UK-based video streaming service. How did they announce it? In an awesome way of course. They hired illusionist Scott Penrose to fool a crowd in a mall into believing they were seeing a working transporter, straight from the Starship Enterprise. 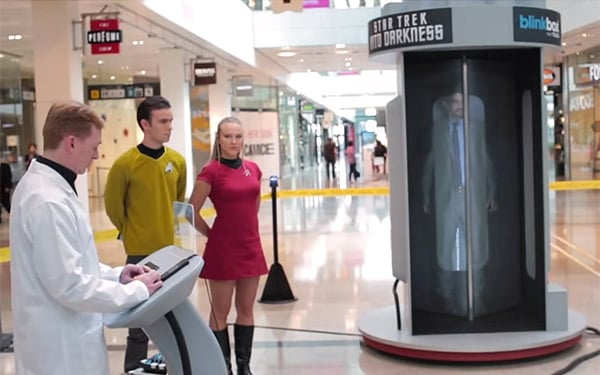 The trick made it look like random people were being beamed straight across the room. Some of the bystanders were truly stunned by the illusion. It’s amazing what some people will believe. Everyone knows that you need a pad full of circles to teleport. That and a Scottish engineer. That’s the only way you can really transport stuff. Seriously, it’s a fun illusion, even if it is very obvious how they pulled it off.

They do some pretty great marketing at BlinkBox, don’t you think?