Watch a Lifetime Go By in Five Minutes

What can happen in a lifetime? A lot, I’m sure, with a couple of “once-in-a-lifetime” moments thrown in there for good measure.

Anthony Cerniello recently went to his friend Danielle’s family reunion, where he brought along still photographer Keith Sirchio. Using a Hasselblad medium format camera, Keith shot photos of various members of her family, from her young cousins to her much older relatives. 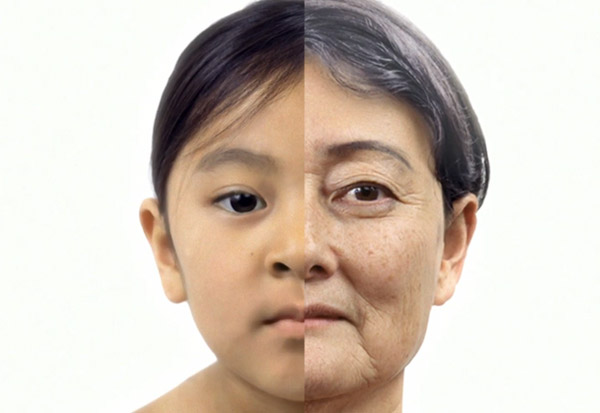 Each image was painstakingly scanned using a drum scanner at the U.N. in New York. There, Anthony’s real work began. He carefully selected which of the family members who had the most similar features and edited their images. He then called in animators Nathan Meier and Edmund Earle to tie everything together using After Effects and 3D Studio Max.

Using these programs, the duo morphed and animated the still images to render them to be as likelife as possible. Artist George Cuddy was then brought in to smooth out the finer details, like the eyes and the hair, which he achieved using Nuke – 3D visual effects software.

The result is the very impressive clip above. It seemingly shows one person go through various stages of aging, when in fact, it’s actually several generations altogether.