Somebody needs to get a hold of Doctor Evil quickly and let him know that his evil lair needs a new projector for the media room. Sony has announced that it is now shipping the world’s first 3LCD projector with a laser light source. Yes that’s right, it’s a projector with frickin’ lasers.

Rather than using the normal bulbs that are expensive and burnout rather quickly, or dim low-end LEDs, the Sony VPL-FHZ55 laser light source projector uses a blue laser as its light source. You may be wondering how blue laser can reproduce full-color. The answer to that is a phosphorescent material that outputs pure white light when the laser shines through it. Once the white light is produced, 3LCD tech turns it into the colors you need for a high-quality image. 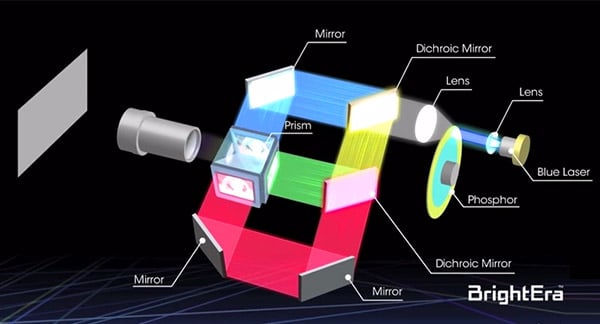 The projector offers an impressive 4,000 lumens of color light output and supports a resolution of 1920 x 1200. Sony estimates that the laser unit will provide 20,000 hours of use before it needs to be replaced.

There’s no indication of how expensive the VPL-FHZ55 might be, though I found one for sale via Amazon’s Marketplace for about $6500(USD).