I’m not sure if the USPS approves of this, but this awesomely unusual mailbox by Roger Buchko is currently making the rounds on the Internet. Understandably so, since instead of the usual plain box, this one is in the shape of a giant.Smith & Wesson .44 Magnum handgun. 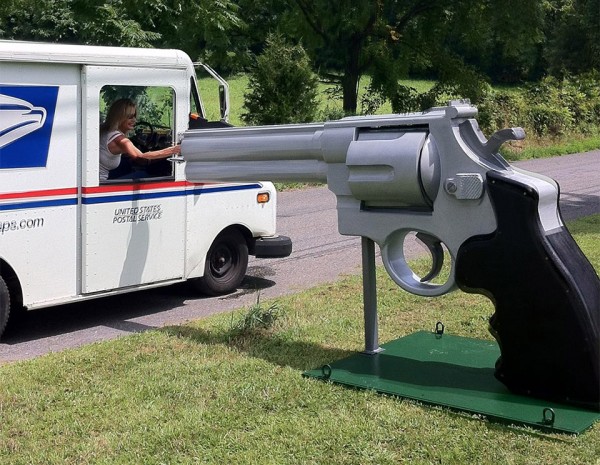 It takes up considerable space on Roger’s lawn in rural New Jersey. It’s mighty heavy, too. The gun part weighs about 350 pounds, while its base is much heavier – weighing in at a whopping 1,200 pounds. 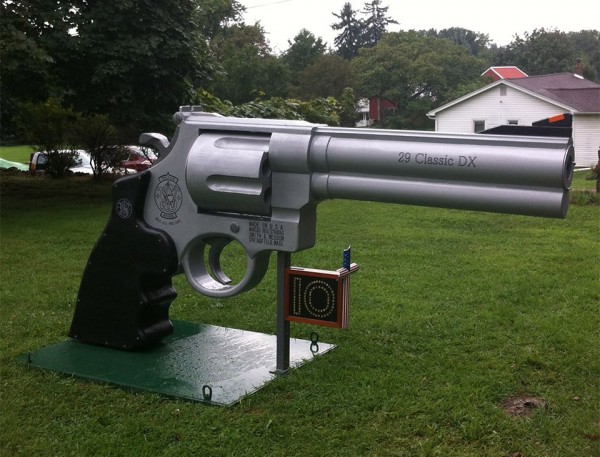 Roger supports gun rights but he said that he didn’t build the huge letterbox to send some sort of message. Being a semi-retired cabinet maker, he just wanted to make one after seeing others post similar designs on the web. 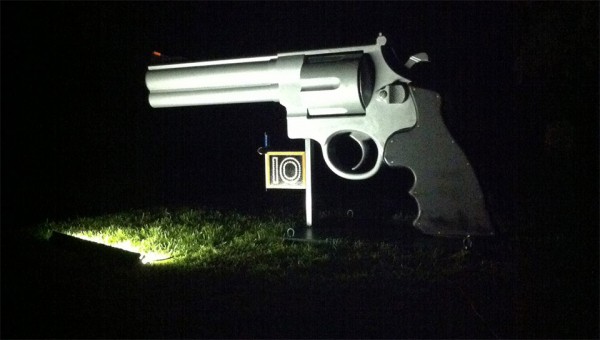 Of his unusual mailbox, Roger says: “I  put it out there to try to get some work and because I needed a new mailbox. At least 500 people have taken pictures of it already. They love it. I haven’t had one hater yet, except one night somebody threw eggs on it. I’m lucky. I expected everybody was going to hate me but turns out everybody loves me.” 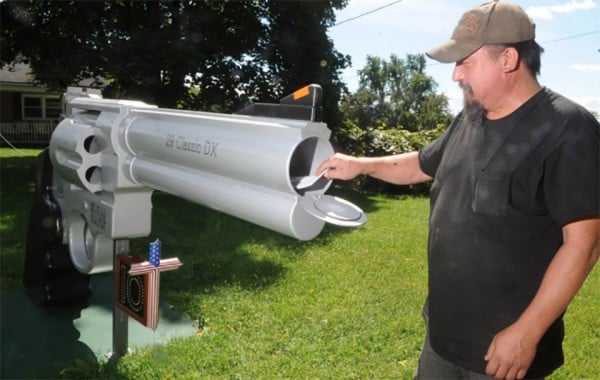