Chart specialists – chartists? chartologists? – Pop Chart Lab crammed all 709 officially released games for the NES in one print. The spiral chart has 8 arms, each representing a different genre – platformer, RPG, fighter etc. – although they also classified some games under “multi-genre.” 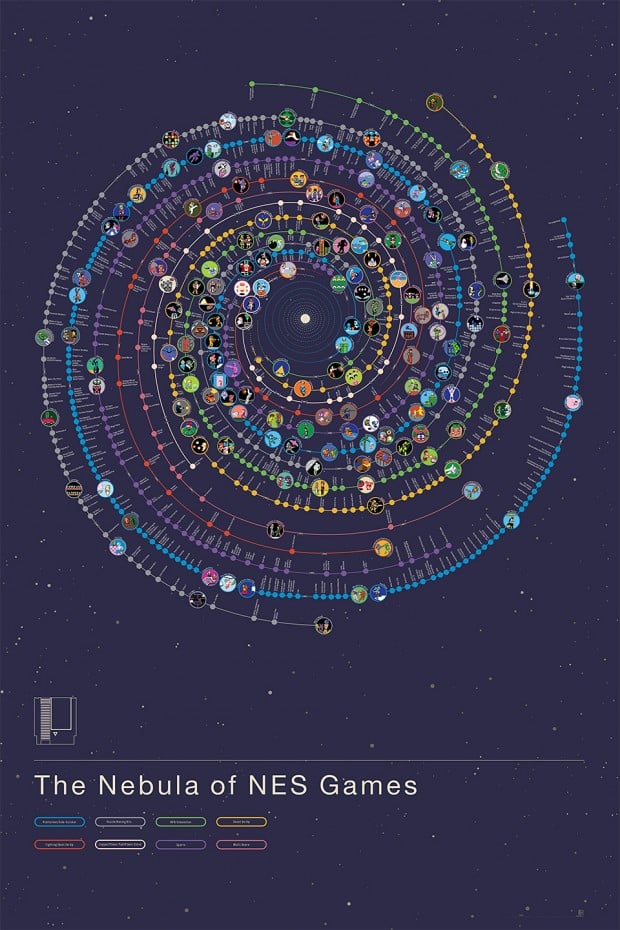 The games are arranged chronologically, with over 100 tiny illustrations for the 8-bit console’s notable games such as Super Mario Bros., Mega Man and the infamous Battletoads.  The print measures 24″ x 36″ so I don’t think it will be hard to read or recognize what’s on it. Here’s a closer look at the print: 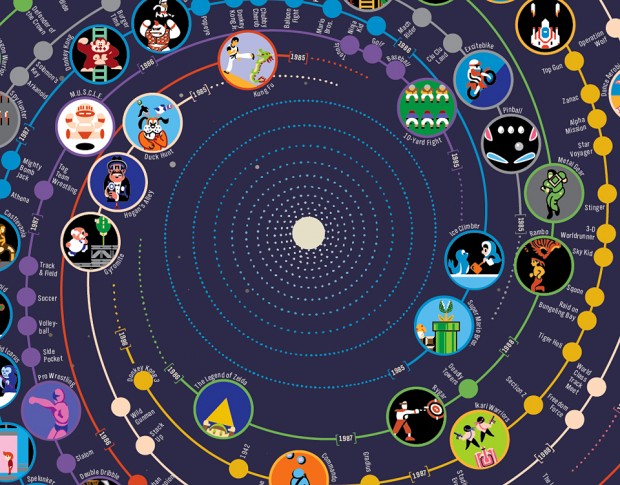 Pop Chart Lab is selling The Nebula of NES Games print for $32 to $147 (USD) depending on the finishing option. You can order just the print, have it framed, mounted on a panel or installed with hanging rails.