YouTuber roboband used a Raspberry Pi and his own software to “translate” the audio from some of Nintendo’s classic games. The transcriptions were then relayed in real time to two musical instruments: a self-playing piano aka a player piano and a robot percussionist. The result? Live background music and sound effects! 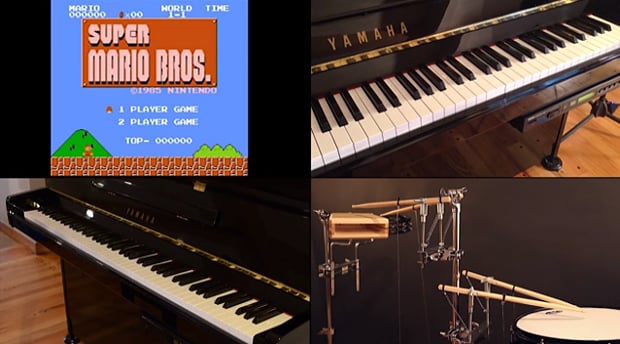 I know roboband’s idea is hard to describe, so it’s best if you just watch these robros in action:

More please! But robo percussionist needs to step his game up. Maybe he should take lessons from StickBoy.