A lot of people I know hate having to go to the bathroom in public places or in homes that aren’t theirs. It’s an understandable preference, considering the fact that nobody likes to stink up someone else’s home.

But it’s a fact of life: whether you like it or not, poop is going to stink. 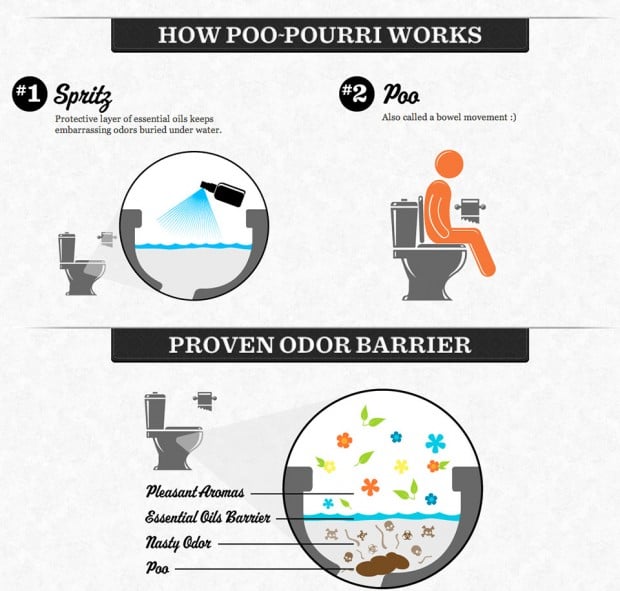 You can, however, contain the smell with Poo-pourri, and it doesn’t involve spraying perfumes and fresheners all over the place. The former option seems better, as the latter often results in a strange hybrid perfume-poop smell that probably will smell even worse.

Poo-pourri contains a blend of natural essential oils that its makers claim can “trap” the smell in the bowl.

Apparently, the oils in the spray create a film on the surface of the toilet water, making sure the smell stays in the bowl. Pou-pourri is offering a Best Smellers starter pack for $25(USD), which contains a 200-use Poo-Pourri Original spray and a handier 100-use Deja Poo spray.