Crowdfunding sites are flush with 3D printer projects these days, so it’s getting increasingly difficult to tell which printer you should buy or if you should just wait for the market to shake out in a few years. 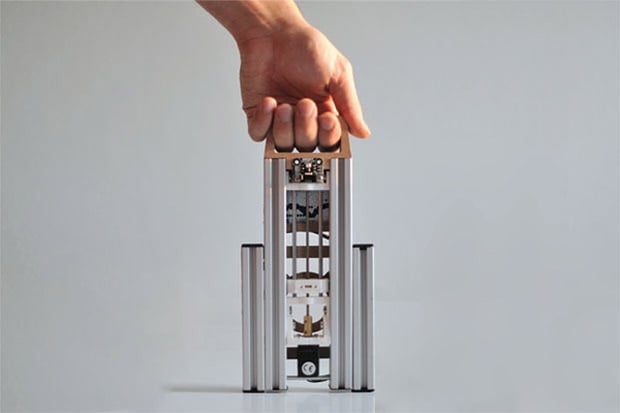 But if you’re looking for a 3D printer that’s small enough to travel with, there’s a new printer in development which could fit the bill better than other printers. 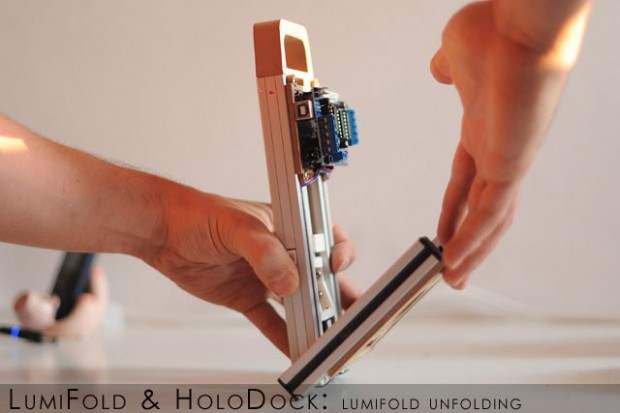 Unlike most other consumer 3D printers, the LumiFold uses a photographic process to create 3D models. It uses light-cured materials to generate models. This process uses a platform that moves only on the “Z” axis, and then images generated by curing UV-sensitive resin one layer at a time. So the trick to this technique is that you need to also have a projector in order to transmit the X and Y axis information through onto the printing material. Included open source software is used to slice 3D objects into razor-thin layers which are exposed onto the resin. 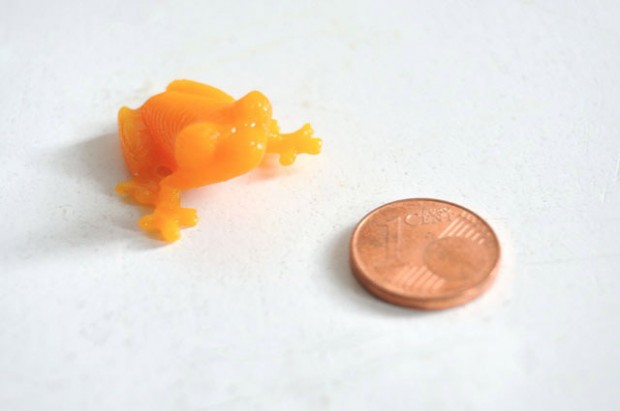 The cool thing is that the platform can move in increments of just 0.01mm, which produces a very fine object resolution – especially when combined with a high resolution projected image. Just pour some light-sensitive resin into a cup, set it on the platform, and let the light do the work for you. The first time out, you’ll need to adjust the timing for each layer to cure based on the UV output of your projector, but the LumiFold includes a UV sensor to help you calibrate this. 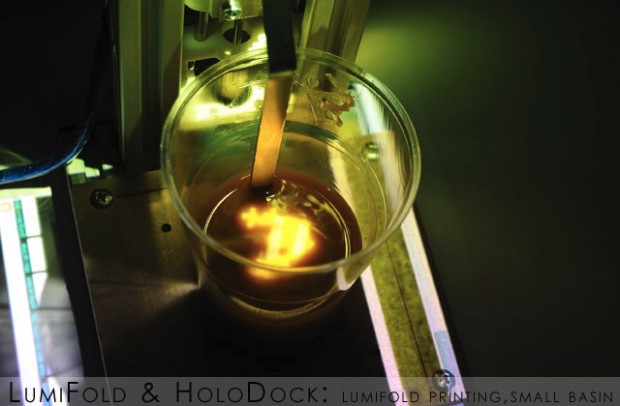 Another unique feature of the LumiFold is its companion accessory, the HoloDock. This allows you to preview a simulated holographic image of the object you’re modeling as it’s being printed. It’s a little gimmicky though, and you certainly don’t need to buy one if all you want to do is print 3D objects. One caveat is that the HoloDock requireS that you place either a mobile device or PC monitor underneath it to create the 3D illusion 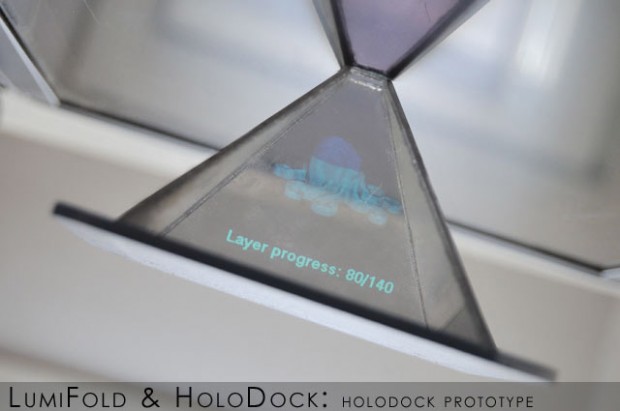 And therein lies the biggest challenge with the LumiFold and HoloDock. It’s a really neat idea that you can carry a 3D printer with you. But if you also need to carry a projector and some sort of device to view the previews, it does limit it’s true potential for portability. On the other hand, if you already have a small projector and a mobile device, it’s not an insurmountable challenge.

If you’re interested in checking out more about the LumiFold and HoloDock, head on over to their IndieGogo project before its conclusion on November 6. A pledge of at least $399(USD) will get you the LumiFold parts kit, while you’ll need to spend $449 for an assembled and tested version. The HoloDock Mini – which works with the iPhone, sells for an additional $79, while the iPad-friendly HoloDock Big goes for $99.