Without any fanfare, Apple has released a set of updates to its popular iMac desktop PC line. The 2013/2014 iMac lineup has seen a boost in processing power, networking and storage speed. 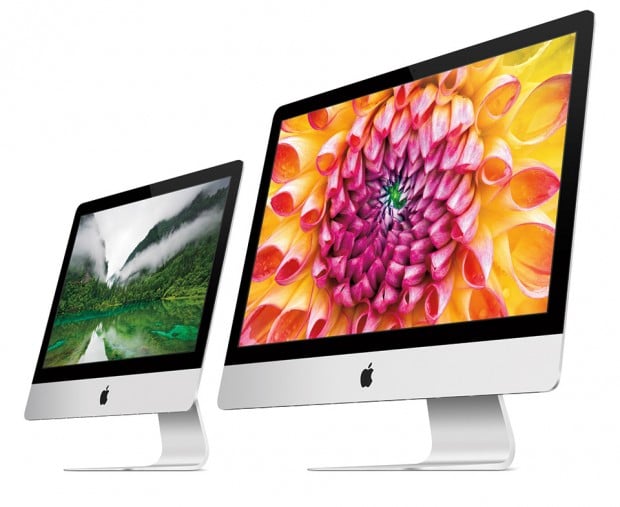 Among today’s updates are speed increases to the Fusion drive and SSD storage options, which increase performance by up to 50 percent thanks to PCIe support. In addition, the systems now come with with faster CPUs, with the entry-level 21.5″ version coming with a 2.7GHz quad-core Intel i5, with a 2.9GHz version available. The 27″ version starts out with a 3.2GHz quad-core i5, with available 3.4GHz i5 and 3.5Ghz quad-core i7 upgraded models as well. The new iMac models now support 802.11ac Wi-Fi networking, which offers significantly improved throughput when connected to an 802.11ac router.

GPU performance has also been upgraded, with all but the base 21.5″ version offering NVIDIA GeForce 700 graphics chips with at least 1GB of video memory. The top-of-the-line iMac can be configured with a GeForce GTX 780M with up to 4GB of memory, but that adds $150 to the price. 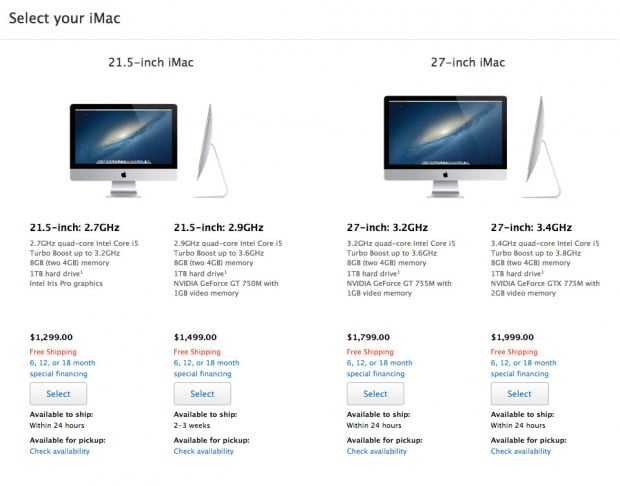