Ben Heck’s Steam box will soon be a legitimate Steam Box. The avid PC gamer can build his Steam Box, the console gamer will be able to buy a Steam Box, everyone can have a Steam Box! That’s all in the near future – hopefully not in Valve Time – with the announcement of SteamOS, a free Linux-based operating system “designed for the TV and the living room.” 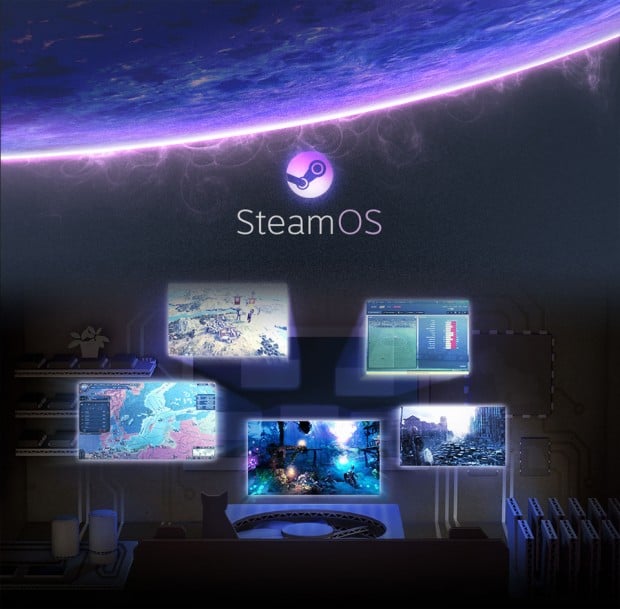 According to the teaser page, Valve has progressed far enough with SteamOS Valve to have “achieved significant performance increases in graphics processing”, and now they’re working on “audio performance and reductions in input latency at the operating system level.” Valve also claims that developers are already working with the standalone operating system, with “hundreds of great games” already running natively on SteamOS. In the event that your favorite game doesn’t have a SteamOS version, Valve says you’ll be able to stream a game from a PC or Mac running the Steam client to the machine running SteamOS.

Valve also said that they’re working with media providers to tie in to Steam and SteamOS. Add in Big Picture mode, cloud syncing and the propensity of Steam to drop prices like it’s hot and you could have an all-conquering entertainment machine.

Can Valve finally bring about the rise of the PC-console hybrid? A machine with the idiotproof user interface of a console, but with the futureproof software and hardware options of the PC? Is Valve saving Half-Life 3 for the SteamOS? The bastards?