Motorcycle riders all like to think that their bike is the biggest and baddest. Sorry folks, but that title belongs to the Regio Design XXL Chopper by Fabio Reggiani. It was shown-off at the Motor Bike Expo 2012 has now officially been declared the biggest motorcycle in the world by Guinness World Records. 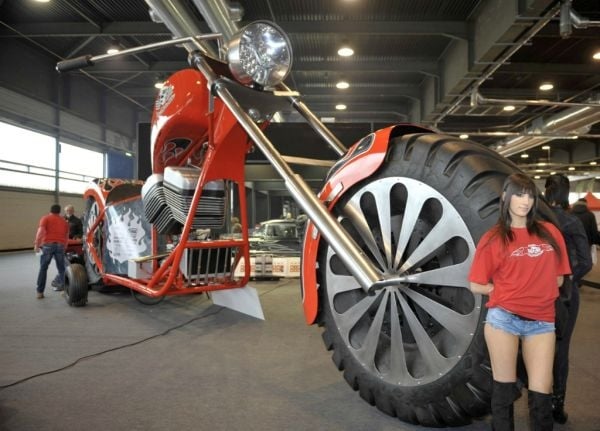 This gigantic chopper completed the required ride distance of 100 meters so that it could be certified as the world’s largest functioning motorcycle. It measures about 32 feet long and 16 feet high. Its engine is a 5.7 ​​V8 Chevrolet 280 horsepower, coupled to a three-speed transmission. 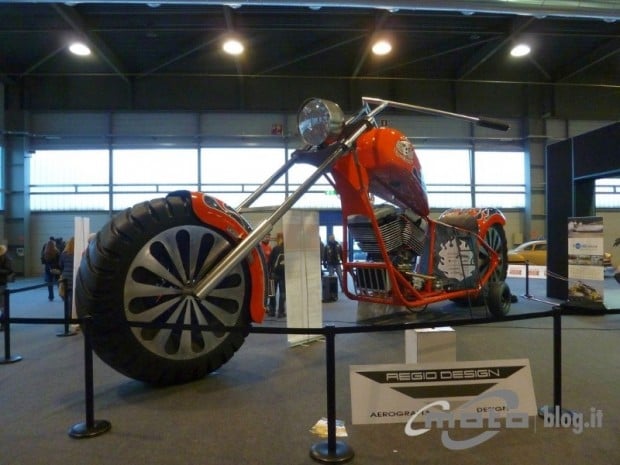 The Regio Design XXL Chopper was made in about seven months and beat the previous record held by Monster Cycle built by Gregory Dunham from California. Unfortunately, this motorcycle is impossible to balance on two wheels, so they had to add training wheels. 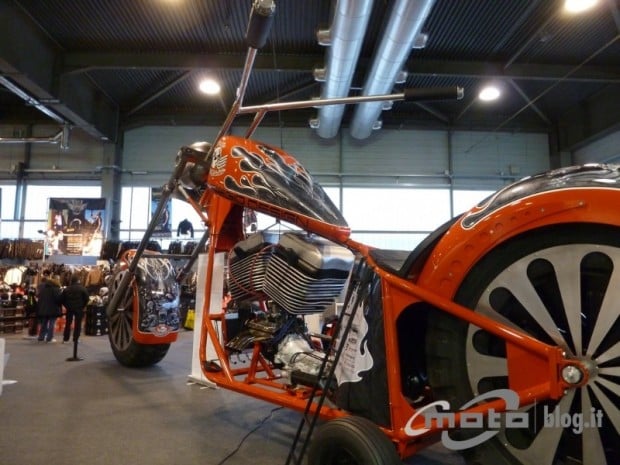