Borderlands is a fun game series, and I really don’t hate Claptrap. It’s just that this little robot is so annoying that I sometimes want to unload clip after clip of ammunition into his metal body, then burn it. Then stomp on it. Because this damned robot will not shut the hell up. Ever.

Look at me. I’m dancing. Now you dance in hell! Felt good to get that off my chest. Anyway, I love this Clap Trap pillow, because it does not talk. It is from Etsy seller Cyberscribe. 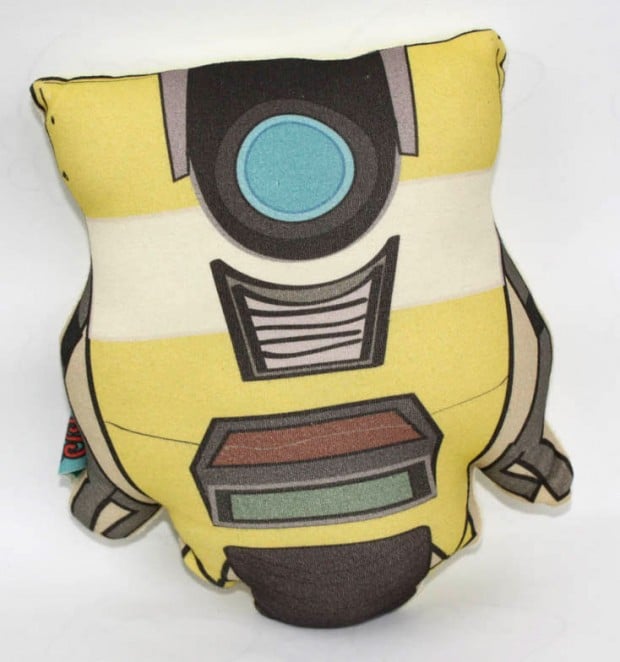 You can also get other Borderlands characters like Mad Moxxi, Deathtrap, and Salvador the Gunzerker in pillow form. This one is probably the cutest – though Gaige isn’t bad. It is nice and quiet and not acting insane so you can actually rest your head on it and sleep.