I won’t even try to pretend this is a new project, but I just happened across the for the first time and it’s awesome. One of the most iconic scenes in all of the Star Wars films is when Han Solo was frozen in Carbonite at the end of The Empire Strikes Back. Some very artistic geeks at Tom Spina Designs created a replica of Han Solo’s chemical hibernation and used it to make a really cool desk. 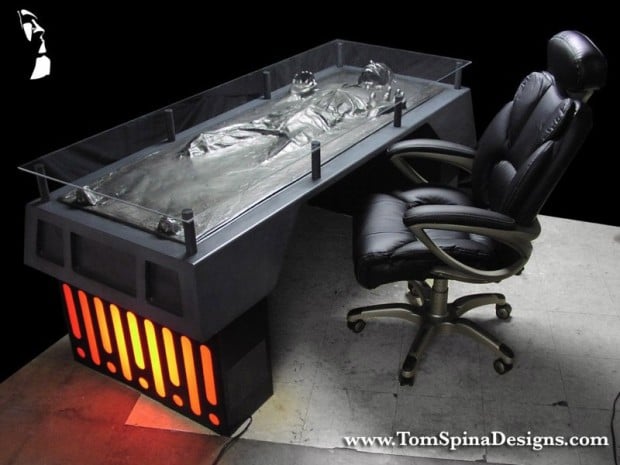 The desk looks a lot like the floating thing Solo’s Carbonite statue was embedded in complete with panels on the side facing away from the desk user. The Carbonite statue is made from fiberglass and covered with a glass top allowing it to be used as a normal desk. 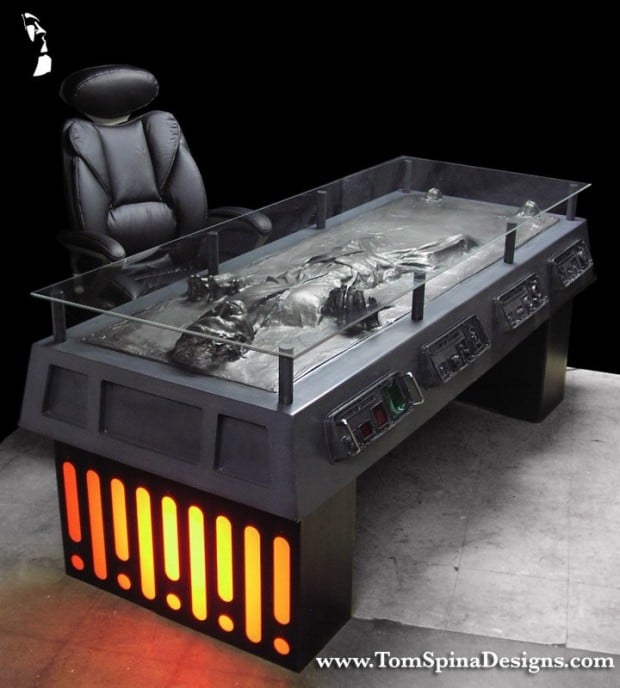 I want to know how much something like this would cost to make, it’s safe to say “lots” is the answer. I think if Jabba the Hutt ever went legit, this would be the desk he would use.