Paradise Desk Has More Ports than Your Laptop

David Wrobel designed a desk for gadget freaks, gamers and other heavy computer users. The Paradise Desk is filled with ports, power plugs and other convenient features that solve several annoyances associated with using computers or gadgets. It’s a desk, a USB hub, a power strip and more. 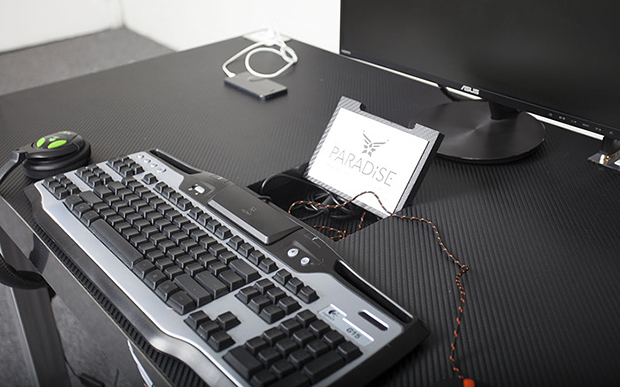 For starters, the Paradise Desk has seven USB 3.0 ports, three of which are in at the center of the desk. There are three more at the back and one on the upper left. On the upper right of the desk are four power outlets, while on the lower right are 3.5mm jacks for a microphone and two audio output devices. 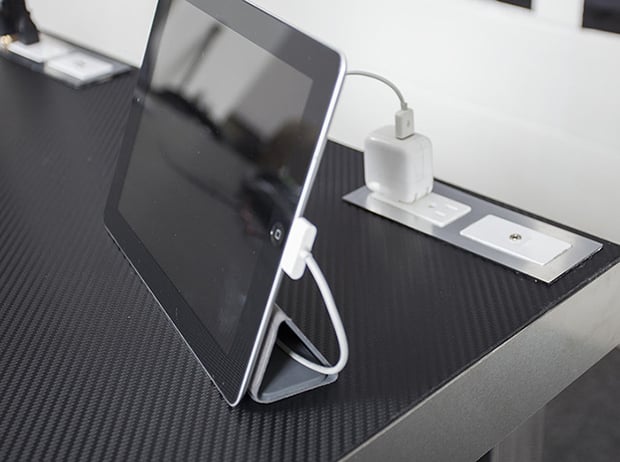 There’s a switch on the desk for flipping between the audio outputs. You can plug in a pair of headphones and speakers at the same time, and switch between the two without unplugging one or the other. 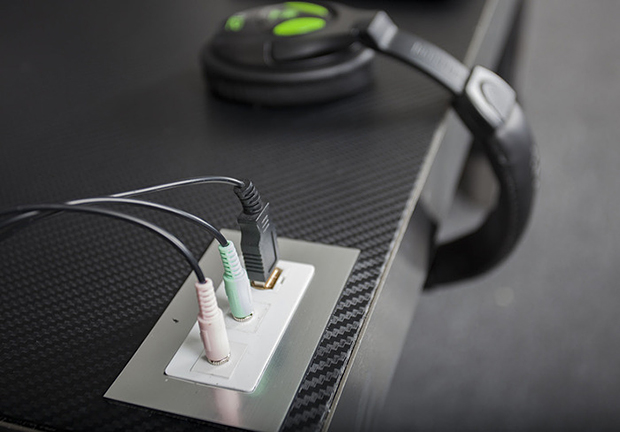 The desk also has a DVI input and a platform for a computer tower. The cables for the various ports are hidden on swing drawers and come out of the leg near the platform. To top it all off, the surface of the desk is covered in carbon fiber vinyl and two LED light bars at the rear provide ambient light.

Pledge at least $349 (USD) on Kickstarter to get a Paradise Desk as a reward. David has more features lined up as stretch goals for his fundraiser, including an HDMI port and a cup holder. I’m surprised he doesn’t have an option to order a desk with a computer inside. Or a desk with a built-in person. That one will really take a lot of work out of our hands.