Shotguns are great for dealing out the maximum damage over a large area. Double barrels, sawed off, it’s all good. But it doesn’t get any better than this triple barrel shotgun. Especially when you’re talking about the zombie apocalypse. You want something that takes their entire torso off. 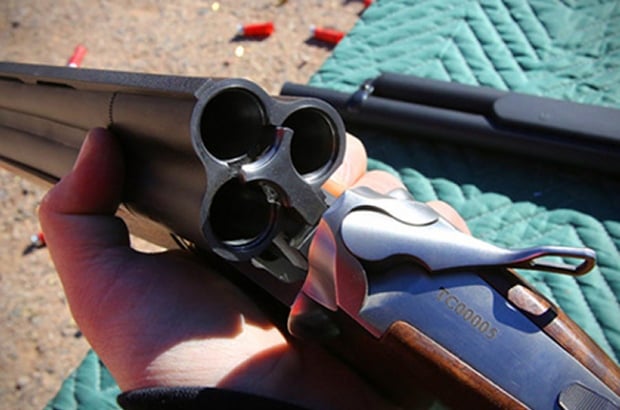 The Chiappa Triple Threat has three times the stopping power of a traditional shotgun. Zombies won’t stand a chance against this thing. Neither will aliens, mutants, or vampires.

That third barrel doesn’t come cheap though. This thing will cost you $1629(USD). Totally worth it. This thing would probably put a hole right through an elephant. I wonder how many barrels it would take for the shooter get knocked on his butt from the kickback.