A premium jewelry store called Gold & Co has announced the launch of what they claim to be the world’s first 24 karat gold iPhone 5S handset. The company will offer the iPhone 5S plated in plain yellow gold or rose-colored gold. 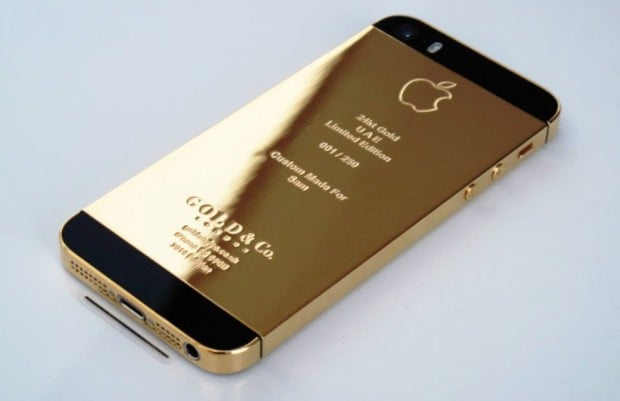 If those two metals are too boring for you, you can also pay to have your iPhone plated in platinum. The company plans to officially unveil the gold and platinum versions of the iPhone 5S tomorrow at the World Luxury Expo in Abu Dhabi, but you can already find photos of the phones up on the company’s Facebook page. 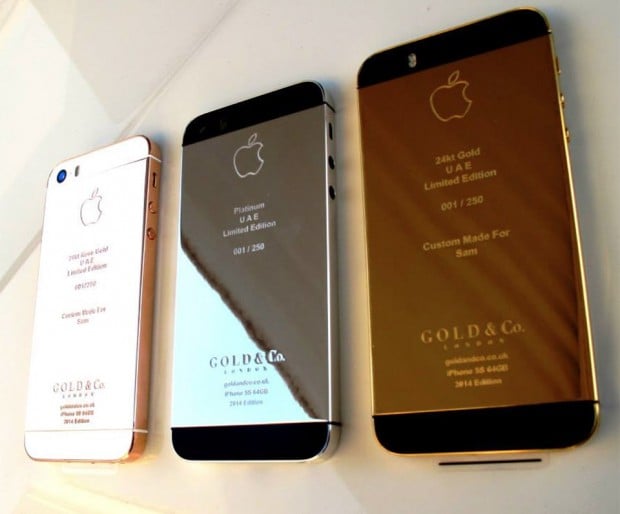 Considering the penchant for gold in the Middle East and huge amounts of money, the company may actually sell a few of these. The company plans to make only 250 of each precious metal iPhone 5S. The 24 karat gold iPhone 5S will cost approximately $5000(USD). The version covered in rose gold will sell $5300 and the platinum version will cost $5500.