Light Up Circuit Board Art: eLEDtronic

Programmer and avid gamer Saar Drimer aka boldport wanted to make a special wedding gift for his friend Mike, who’s also a gamer and a computer scientist. Not only did he succeed in making a great gift with his own hands, the tool he used to design the gift was also his creation. Saar made a wall-mountable PCB that’s accented by 42 RGB LEDs behind it. 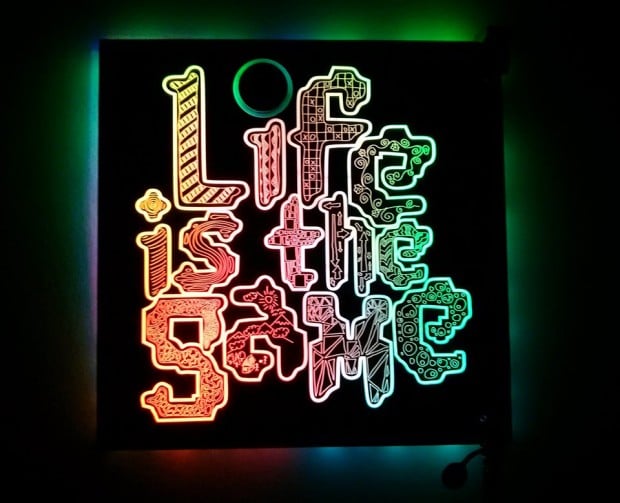 Saar calls this piece lifegame. To design the board, Saar used PCBmodE, a PCB design tool that he wrote. Saar made the program to make it easy to create PCBs that are functional, artistic and of varied shapes and sizes. 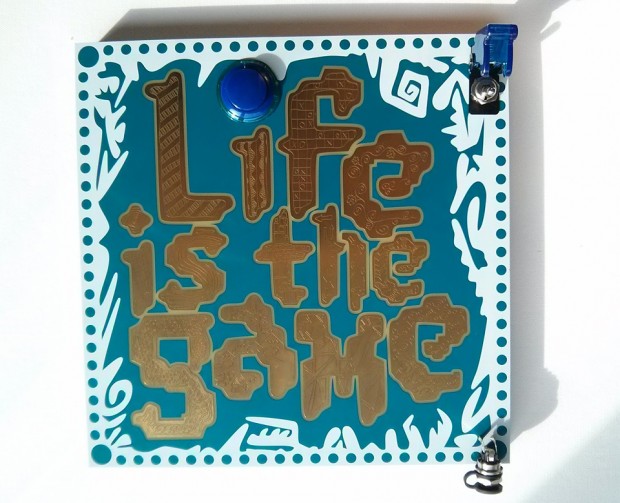 He used an ATtiny85 microcontroller to handle the LEDs. As a finishing touch, he installed an arcade button as a tittle and a missile launch switch to toggle the power.

It started out as a personal project, but Saar said that his lifegame has also won at a design competition and shown at a museum. Head to his blog for more on how he made lifegame.