At last, a toy that lets a TIE Fighter chase an X-Wing, just like during the big Death Star battle scene in A New Hope! A Trench run that is never-ending, thanks to its figure-eight slot car track. The Star Wars Battling Fighters Set is a slot car set where the “cars” are space ships that we all know and love. 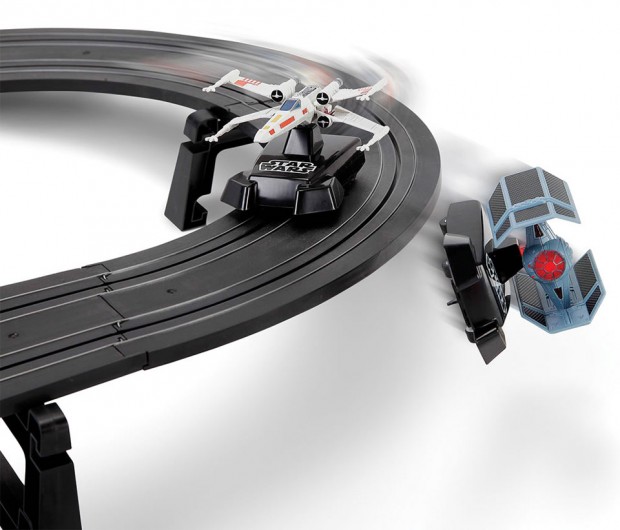 One player pilots Luke Skywalker’s “Red Five” X-Wing, while Vader’s TIE fighter gives chase. Apparently this set takes some skill to play with because the ships are slightly wider than the track. Therefore it should be challenging for either player. 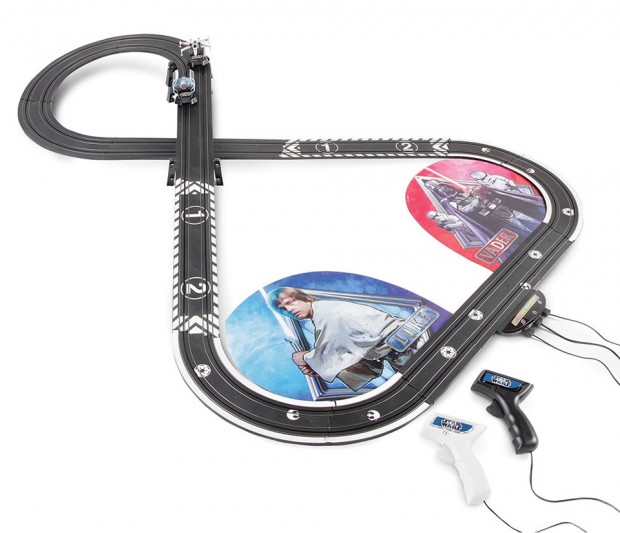 The ships have LEDs that light up when racing too. And like any good kids toy, the 12-foot figure-eight track has glow-in the-dark striping for nighttime play. It will cost you $99.95 over at Hammacher Schlemmer. Completely worth it as far as I’m concerned.