Valve Steam Controller Will Help You Operate Your Steam Machine

Earlier this week Valve teased the free, gaming-oriented and Linux-based SteamOS and the PC-console hybrid Steam Machine. It soon completed the establishment of the fundamentals of its living room invasion by unveiling the Steam Controller. As with the Steam Machine, the controller is Valve’s attempt at bringing the best of PC and console gaming together. 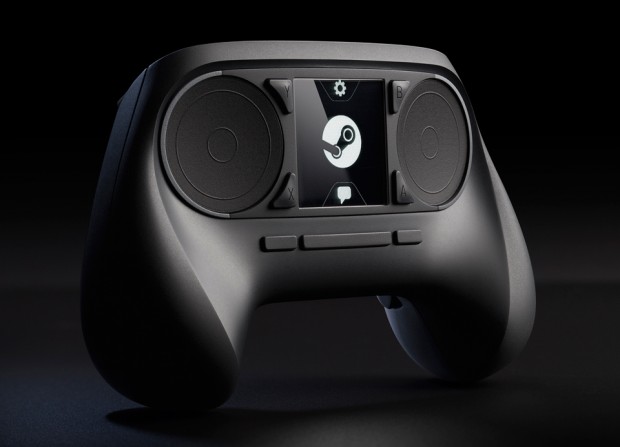 The Steam Controller doesn’t seem to have biometrics or gaze tracking capabilities – two features that Valve co-founder Gabe Newell has cited as desirable input options – but one look at it and you can see that it’s still quite different from most gamepads. For starters, instead of a d-pad or analog joysticks, the controller has two high-resolution trackpads. Valve added “super-precise haptic feedback” to trackpads in the form of weighted electro-magnets. The feedback will be used not only to add tactility to the trackpads, they can also be used to provide other in-game cues and can even function as speakers. How about that?

Chris Remo of developer Double Fine claims he was able to test a prototype of the controller a few months ago and said “…the cursor pads worked amazingly well.” When asked if the haptic feedback helps, Remo said, “Yes, it makes it feel like you’re actually operating a real physically mechanical device, not just a touchscreen.” 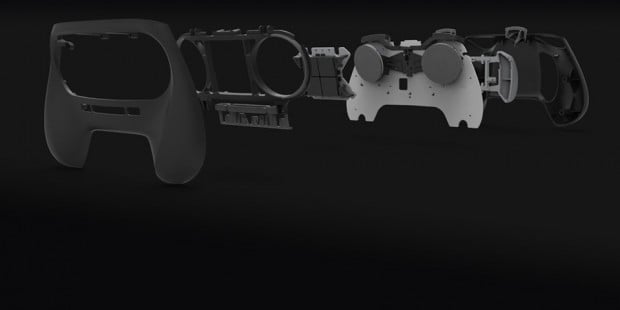 Perhaps Remo was actually referring to the trackpads in the second statement that I quoted, but the controller does have a high-resolution touchscreen. It’s the small square at the center of the controller. When you touch the screen, an overlay of the touchscreen’s display appears on your TV or monitor, so you won’t have to look down at the controller while playing. Makes you wonder why they even made it a screen right? Then again, it could be used to display data that should be kept hidden from other players. Take that Lambert! 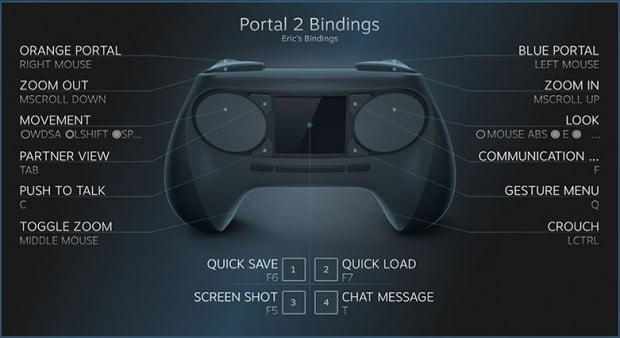 If you’re interested in owning or building a Steam Machine but don’t want to use the Steam Controller, don’t worry. Valve says you’ll still be able to stick with your trusted keyboard and mouse combo.

Valve will pick 300 lucky Steam members to participate in a closed beta. The beta testers will be given both a prototype Steam Machine and Steam Controller. The prototype controller that Valve will distribute to the testers will be wired and have no touchscreen, but the final version will be wireless and have the aforementioned touchscreen. Check out the Steam Machine FAQ page if you want to know how to apply for the closed beta.

[via Valve via Kotaku]