No matter how hard he tries, Han Solo can’t seem to escape being put back into his Carbonite shroud by geeks everywhere. Now, with a little time and patience, you can have Han Solo in Carbonite on all of your kitchen cabinets too. 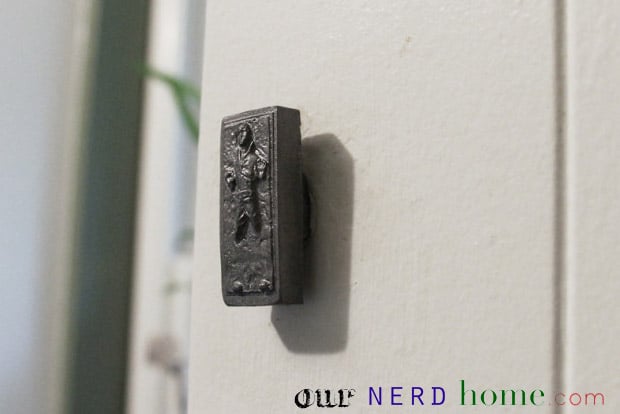 This fun little project from Our Nerd Home shows you how to create Han Solo in Carbonite drawer pulls using Sculpey clay and one of those silicone Han Solo ice cube trays. 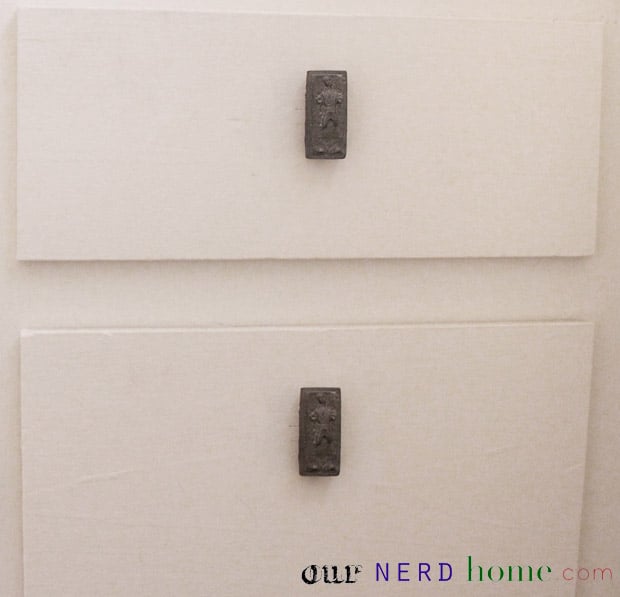 All you need to do is fill the tray with clay, then sculpt some backs to hold onto some nuts, and bake them. A little glue, some Martha Stewart metallic paint, et voilà. Trophies fit for a tiny Hutt. If you’d like to take a shot at making your own Han Solo Carbonite pulls, head on over to Our Nerd Home for the full directions. I imagine you could easily do the same with Death Stars, Darth Vader or Stormtroopers too.