I’ve never been a fan of garden gnomes, honestly they are little disconcerting. I always had the sense that they’re watching me and is waiting for nightfall when they’ll creep into the house and stuff Tic-Tacs up my nose until I suffocate. For some reason I don’t find these zombie garden gnomes nearly as creepy as the regular ones – go figure. 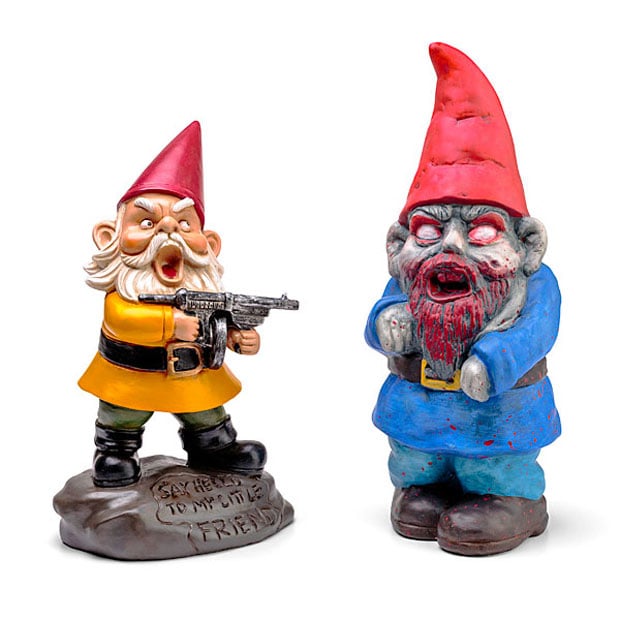 These would be perfect decorating your garden for Halloween. ThinkGeek has four different zombie garden gnome styles including the survivor, zombie, rising, and evil versions. Each individual zombie garden gnome is between nine and 11.4-inches tall and made from resin. 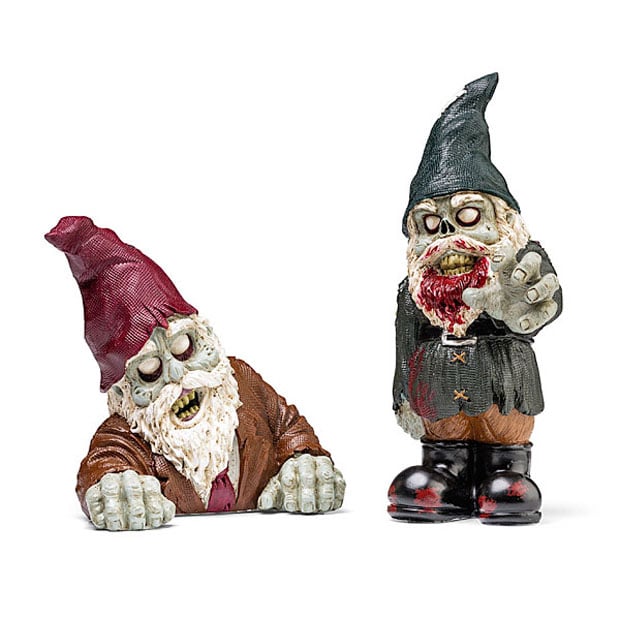 The only exception is the zombie version (the one with the blue outfit), which is actually made from terracotta. 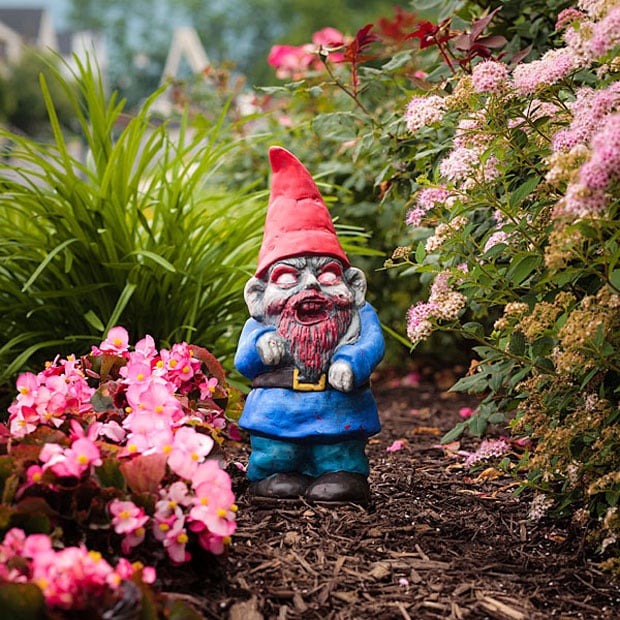 I particularly like the survivor gnome because he has a machine gun and it says “Say hello to my little friend” underneath. The gnomes sell for $19.99(USD) each, or you can get the survivor and zombie version in a bundle for $29.99. We’ve seen some other zombie gnomes in the past, but ThinkGeek has machine guns (plus they’re cheaper.)