Looking for a one of a kind Breaking Bad collectible? How about this incredibly realistic Walter White mask that was once worn by Bryan Cranston? This mask first showed up when Bryan Cranston wore it at the 2013 Comic-Con and walked among the unsuspecting crowd. He then revealed the disguise on stage at the Breaking Bad panel. 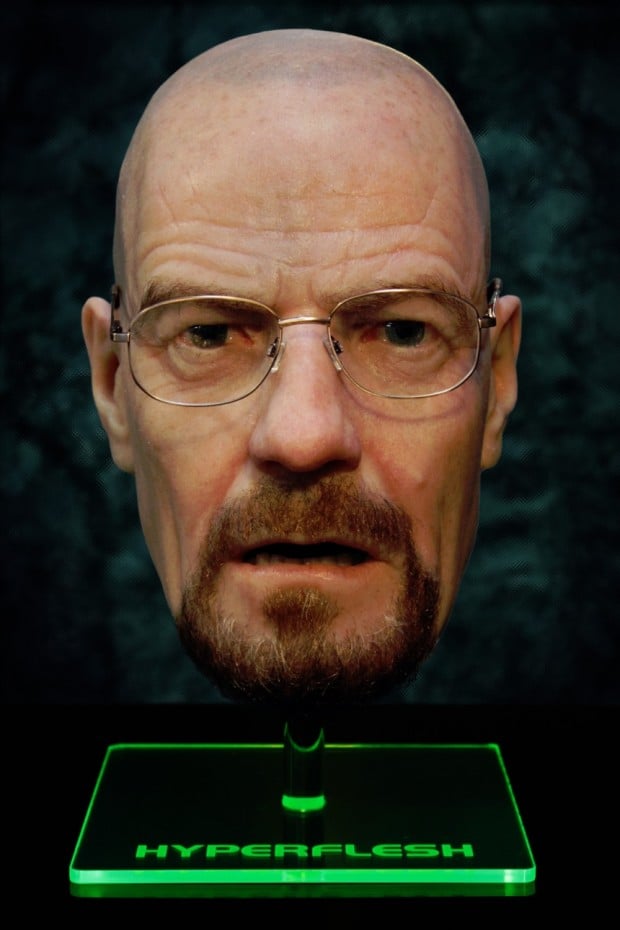 Then later it showed up on all of the talk shows, even Late Night with Jimmy Fallon, where Fallon wore the mask and interviewed Bryan Cranston as Walter White. At one point musician/actor Common put on the mask too. The mask was signed by Cranston and returned to the artist after that. Now you can own one and do whatever you want with it. 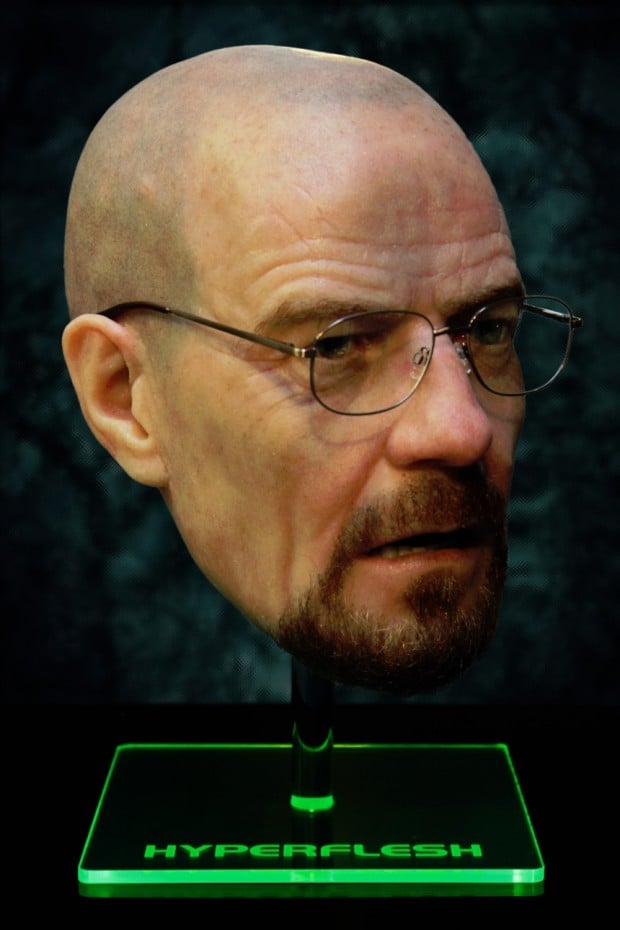 It’s great for Halloween, making your own fan movies, scaring people, or just staring in the mirror telling yourself that you are the one who knocks. The eBay auction ends tonight and right now it is at a whopping $41,300.00(USD). 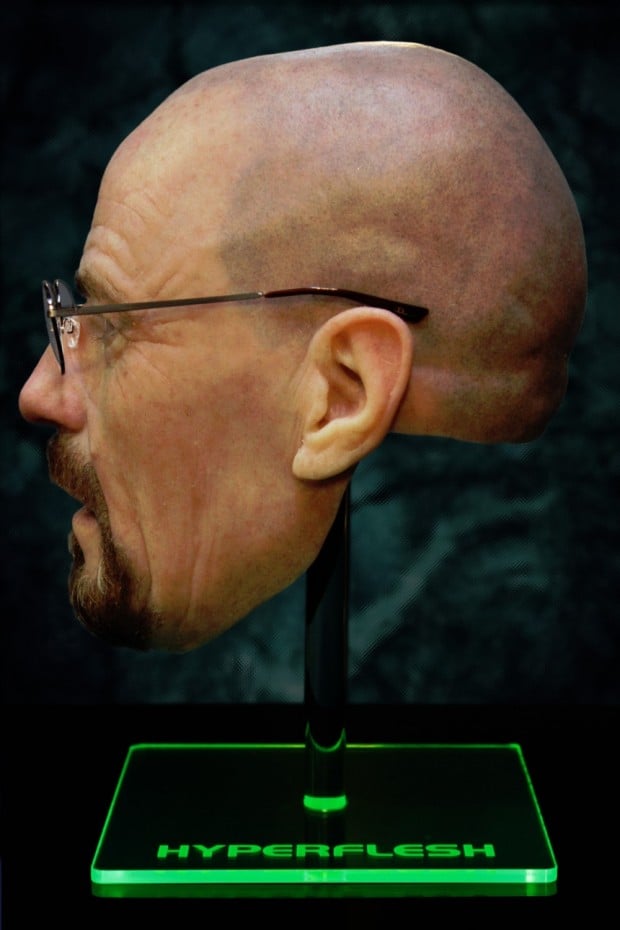