Tikker: The Wristwatch That Counts Down Your Life

We’re all living on borrowed time. Those on their deathbeds would kill to have just one more hour or one more minute or even just one more second to breathe the air and see the world before leaving it forever. So the big question for everyone who’s still here, alive and breathing, is: are you making every second count?

Sometimes, the obligations of life make some people forget what it means to live. Instead, they just exist – and as some say, that’s worse than death. There to remind everyone that the end is coming – and that they should live their lives to the fullest, instead – is Tikker. 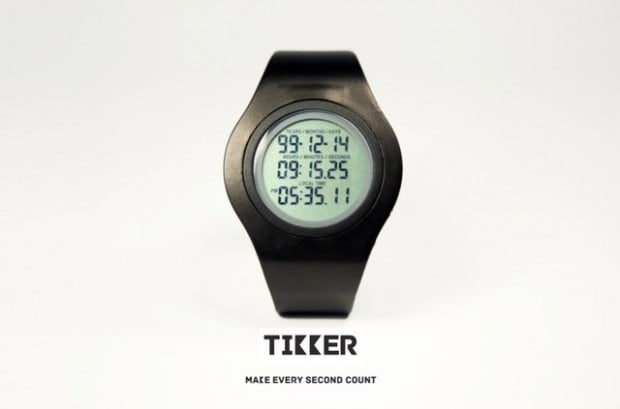 Tikker is a wristwatch that’s unlike any other. Aside from showing you what time it is, it also counts down the time you have left before you croak. Of course, the watch can’t predict exactly when you’ll die. Instead, your “expiration date” is set after you fill out a questionnaire and deduct your current age from the results.

Creator Fredrik Colting drew inspiration for Ticker from his grandfather’s death, explaining: “It made me think about death and the transience of life, and I realized that nothing matters when you are dead. Instead what matters is what we do when we are alive.”

There’s wisdom in his words. If you agree and would like to support Ticker, then make a pledge to back the project. You can get your very own Tikker watch by making a pledge of at least $39(USD) over on Kickstarter.