I’ve said it before and I’ll say it again, bacon is proof God loves us. Crispity, crunchity bacon is easily my favorite food. The problem is a lot of people want you to believe bacon is bad for you. We can thank science for a new study that bacon lovers around the world can now use as proof that salty cured meats are good for you. 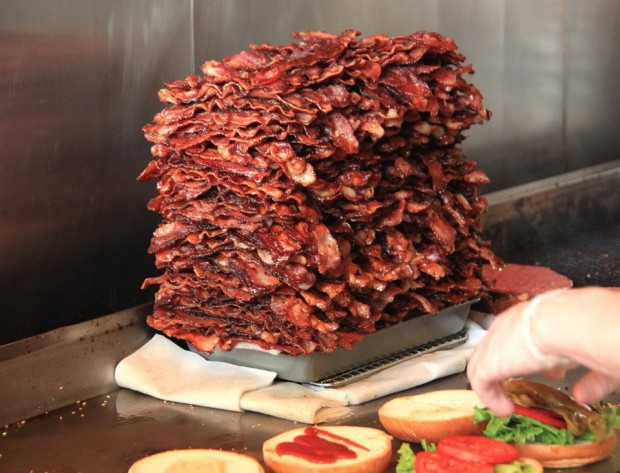 The study was conducted by researchers at ETH Zürich and revealed that niacin, also known as vitamin B3, can help you live longer. Bacon has a good amount of niacin therefore making it the perfect food for prolonging your life. The study also says the disgusting European food Marmite is a good source of vitamin B3 as are sun-dried tomatoes and peanuts.

I wonder if a bacon and marmite sandwich will automatically reverse aging? During the study the researchers fed roundworms foods high in niacin and discovered the worms that ate high concentrations of niacin lived 1/10 longer than other roundworms that weren’t fed vitamin B3. Here’s the best sentence of the entire study, Prof Michael Ristow said , “Niacin tricks the body into believing that it is exercising – even when this is not the case.” Clearly, he is saying that if you eat enough bacon, you don’t need exercise, right?

Of course, there are many healthier ways to get your niacin than from bacon, but I can dream, can’t I?