One Shot Instantly Transforms into a Bike

One Shot is a portable bike that unfolds in mere seconds. It may not look like a typical bike, but it rides like one. And that’s all that matters right? It was designed to be used on rail transit. The design allows it to be stowed in the train when commuting. Then when you exit, you just pop open your bike and ride. 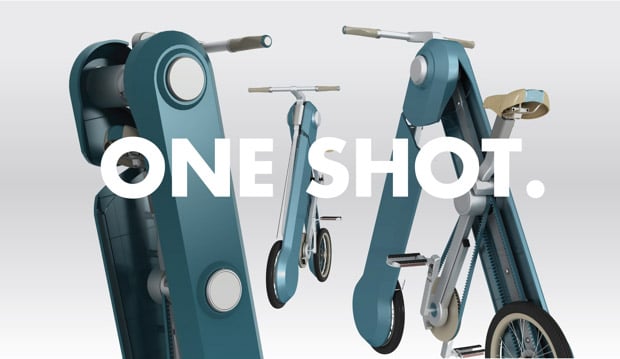 The folding bike was designed by Alberga Marilena and Vecchia Valentina It folds up easily into a trolley-type rolling case. You just lug it around by the handle when you aren’t riding it. It’s good for the environment and it will give you an excuse to get some exercise too.

It is just a concept right now, but I would love to see this become a reality. 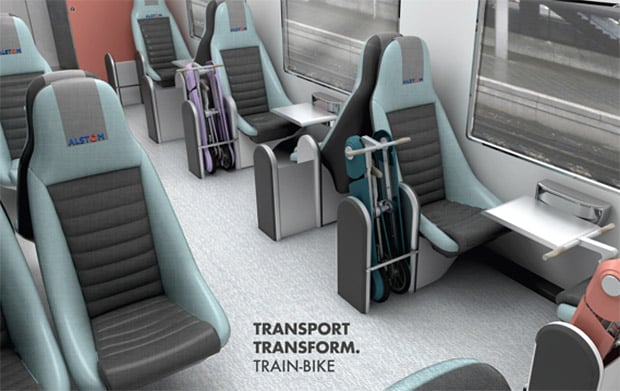 [via Yanko Design via Laughing Squid via Oh Gizmo!]