Redditor Paramorgue found an extraordinary tombstone in his hometown in Lund, Sweden. He says it’s dedicated to a boy who died when he was just five years old. The statue immortalizes the child enjoying perhaps what was one of his favorite pastimes: playing Pokémon. 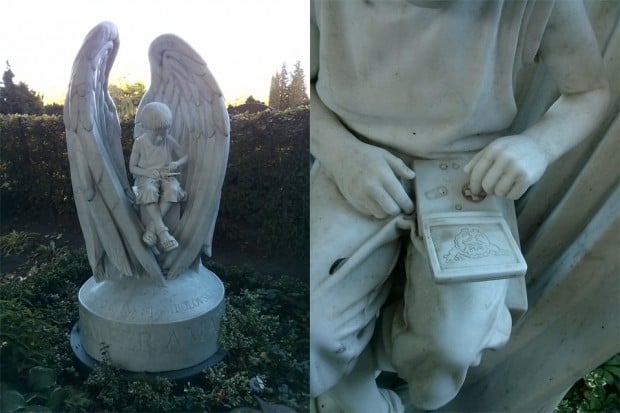 In the statue, the child is holding a Game Boy Advance SP with a Graveler etched on the screen. The same Pokémon is also shown hiding under the Game Boy. 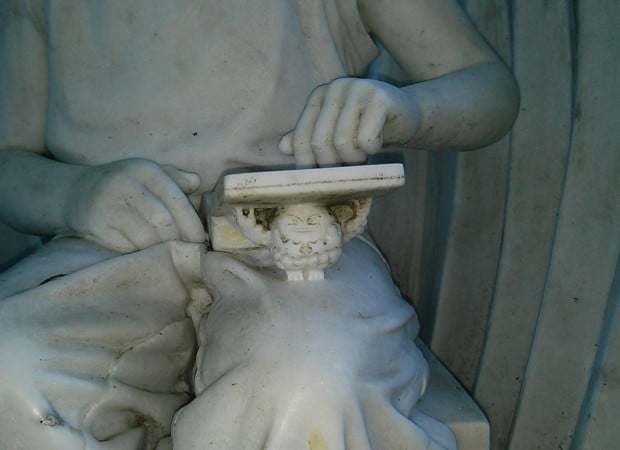 Rest in peace, kid. You can see a few more images of the tombstone on Paramorgue’s Imgur album.