Microwave ovens let us heat food in seconds. Soon we’ll have a similar device to cool drinks. A British company called Enviro-Cool and its partners are working on a rapid cooling technology called V-Tex. A refrigerator using V-Tex can cool a canned drink in just 45 seconds. Screw hoverboards or jet packs, I want this fast fridge now. 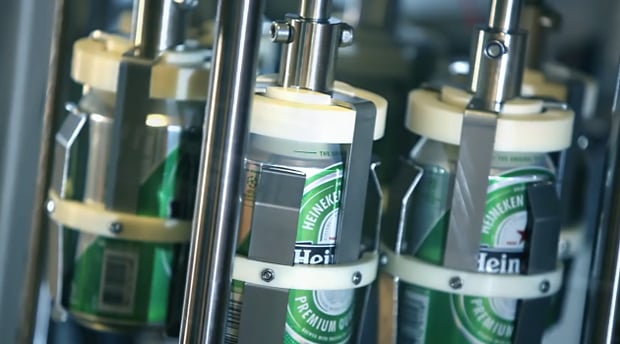 V-Tex refrigerators create rotate cans or bottles while cooling them in water to avoid forming slush. Apparently the fridges rotate drinks in such a way that carbonated drinks won’t build up pressure and explode when opened.

Here’s a chart that shows how fast the prototype can cool drinks. It’s clear that metal cans are the way to go, since they conduct thermal energy much better than glass. 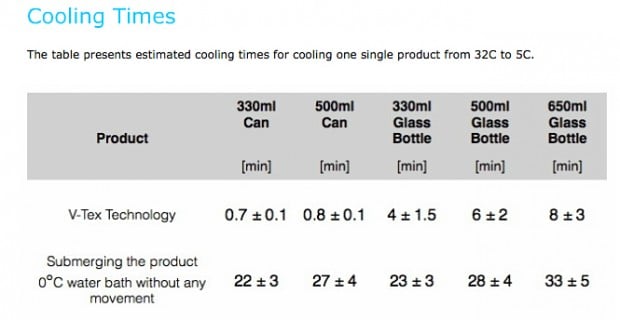 As much as I love novelty ice trays, I’d rather have a cold drink in a jiffy. Let’s hope this technology finds its way to consumer appliances soon.