Boston Dynamics’ Cheetah robot impressed people all over the world when it proved that it can outrun even the fastest of our species. But some of you may have been thinking, what’s to be afraid of? It’s tied down. Unless we’re on the same treadmill Cheetah isn’t touching anybody. Well, it’s not tied down anymore. 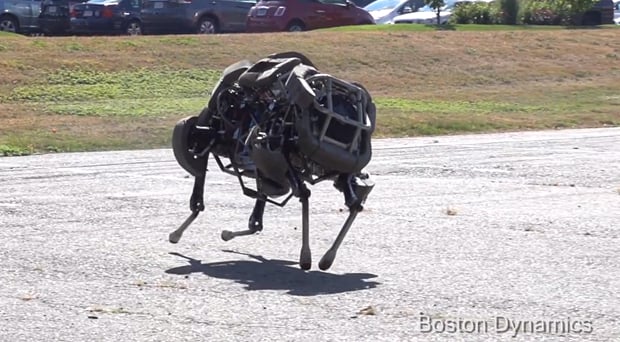 Meet WildCat, the latest generation of the Cheetah. While its tethered predecessor has a recorded top speed of over 29mph, WildCat can “only” get up to 16mph. Not enough to outrun Usain Bolt, but enough to catch up to the average human, running at a full out sprint.

Between drones and Boston Dynamics’ DARPA-funded cats and dogs, we should start looking into this Rapture thing.

[via Boston Dynamics via Gizmodo]