Friendzoned: Bugs Pose with Their Buddies in These Beautiful Macro Images

Insects, contrary to popular belief, are not that different from humans.  Studies show that our buggy friends suffer from one of the human world’s most common emotional ailments: the friendzone.  So, with that perspective, we look at these beautiful macro photos of bug BFFs.

Also note that many of these bugs were friendzoned by nature, as different species cannot reproduce with each other – this is, by definition, the reproductive barrier that defines a “species.”  Permanent, unavoidable, natural friendzone. 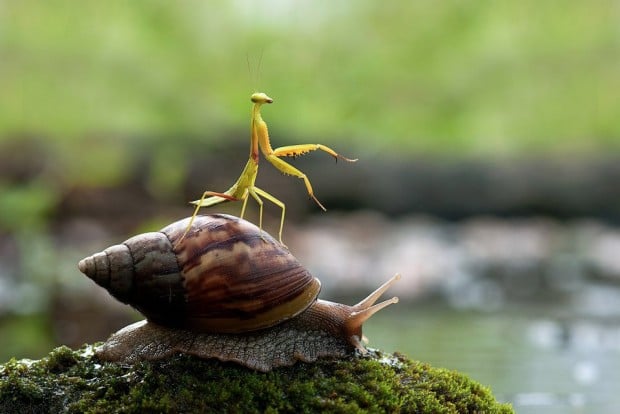 This picture really speaks a thousand words: it seems to be the perfect friendship dynamic!  The best friendship since Shaggy and Scooby, rivaled only by Timon and Pumbaa.  Praying Mantis and Snail probably wouldn’t make a splash at the box office, but it would surely leave a trail of slime on our hearts! 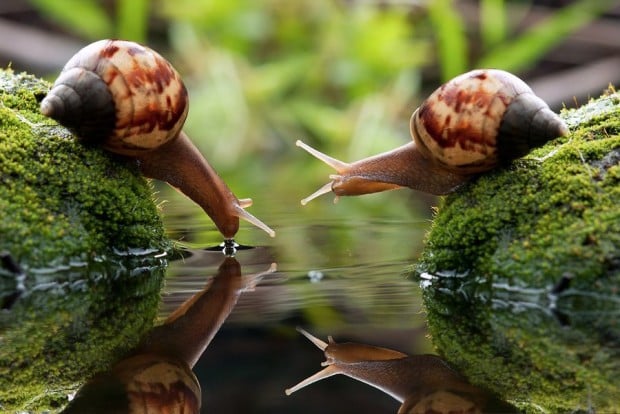 Nature’s version of two friends stopping to get a drink out of a water fountain.  On a related note, I never understood how snails can survive on both land and water.  Are there just different types of snails?  do snails have gills?  The only logical conclusion: snails are robots. 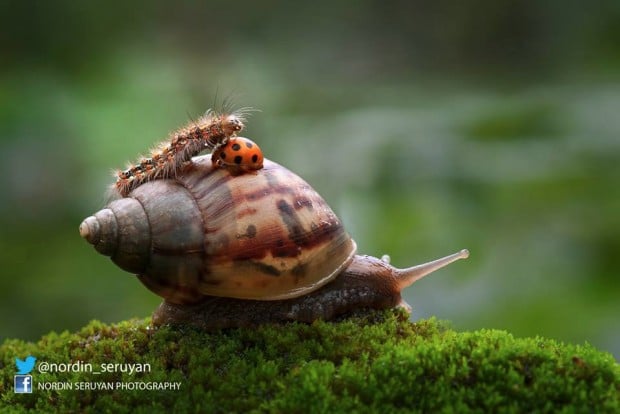 It seems that snails (and the occasional frog) are actually just the forest’s form of free public transportation.  Talk about a long commute. 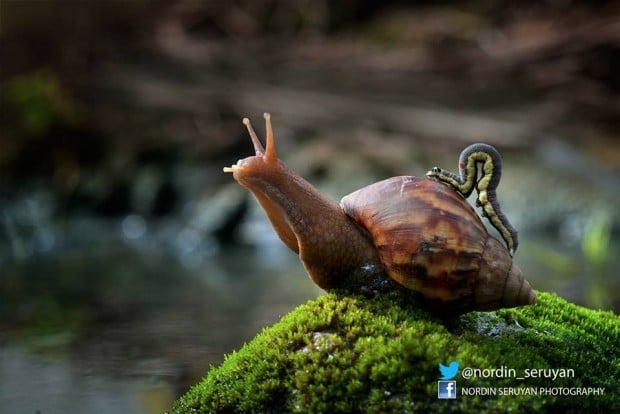 These pictures were all taken by Nordin Seruyan, who lives in an area that is heavily-populated by giant snails, and he did an awesome job capturing the essence of nature’s symbiotic relationships in these photos! 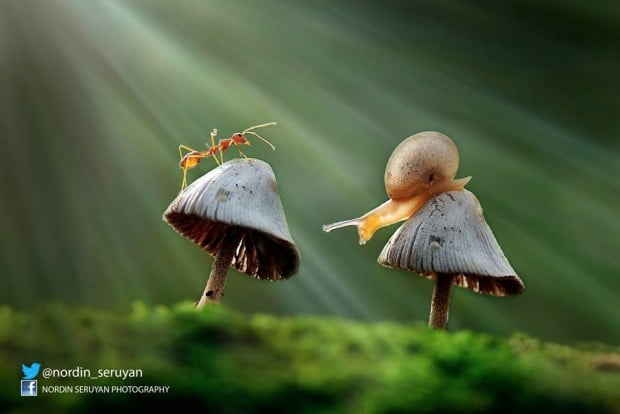 Head on over to the Nordin Seruyan Photography page on Facebook and give this man your like!  My feelings would be appropriately represented by the Give That Man a Cookie meme. 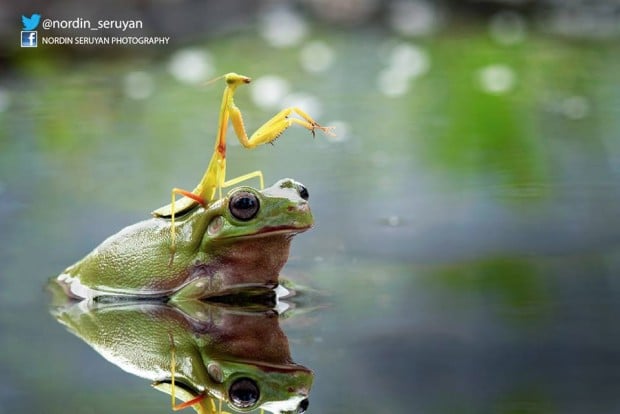 If you’re as into bugs as I am, you’ll want to head on over to look at these Solar Powered Robotic Bugs and these incredible Steampunk Bug creations! 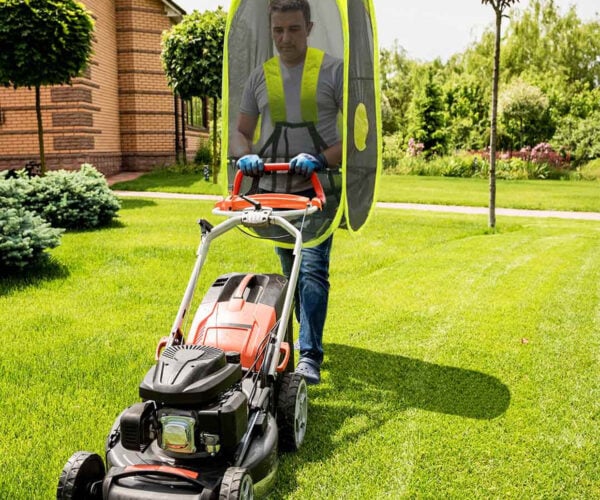