There are huge number of headphones available on the market today running the gamut from dirt cheap to incredibly expensive. There are headphones aimed at everyone from users who don’t really care what the music sounds like all the way up to audiophiles who will pay huge money to hear every little nuance in their favorite tracks. One thing all of those headphones have in common is that the speaker drivers use moving parts.

A group of researchers have created a new type of headphone that uses a driver with no moving parts, based on carbon nanotubes. The headphones are able to create sound using thermoacoustic effect. That means that sound is created relying on the expansion and contraction of air. 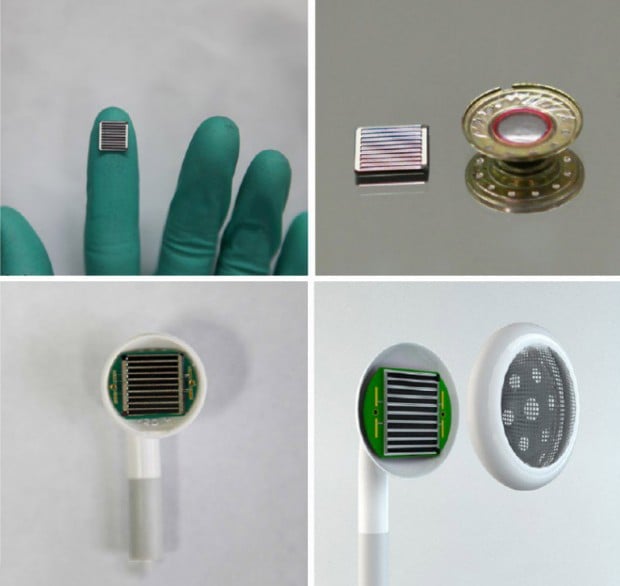 It’s unclear at this point how high the quality of music these carbon nanotube speakers will be able to create. We don’t know if it will be an everyman headset or capable of creating audiophile grade sound.

We also don’t know how much headphones using carbon nanotubes will cost or when they might be available. However, early indications are that headphones using this technology could be reasonably priced, since they could be produced using techniques similar to those used to create computer chips.

[via Chemical and Engineering News via HotHardware]