Tinkerers, hackers, makers, geeks – whatever you call them, craftsmen who specialize in electronics and software want to customize their work environment. It manifests in lots of ways: custom-built computers, hardware mods and software hacks. But unless they’re also good at carpentry, they may find it hard to personalize their furniture or workstation. That’s where the Kickstarter project called MultiMod kit comes in. 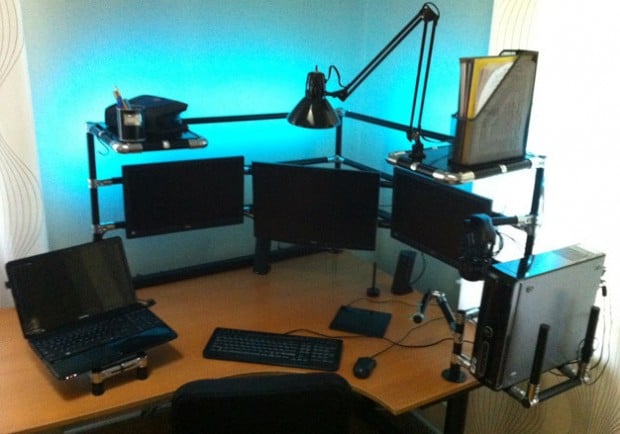 The kits are based on two simple parts: PVC-coated steel poles and clamp joints. The idea is that you can combine any number of poles and joints to satisfy your needs. Add accessories like countertops, casters and hooks and you can build anything from a small tray to a portable 3D printer stand to a multi-monitor battlestation, as shown in the images above and below. Like LEGO, you can easily dismantle and reuse the parts, which means their usefulness is mainly limited by your needs and imagination. 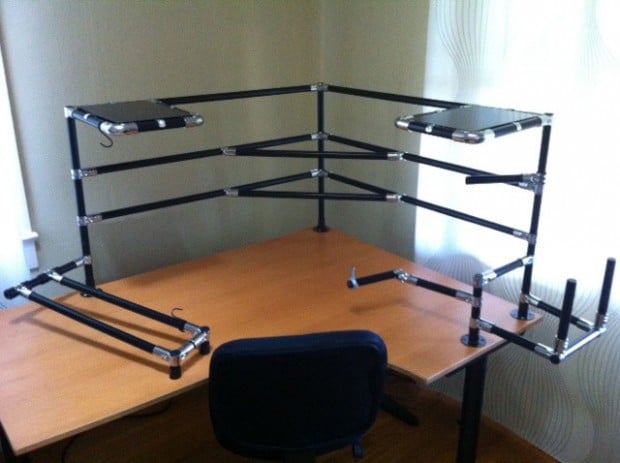 MultiMod is actually a bundled version of parts that you can buy piece by piece under the name Fitz Kits. Honestly I don’t why Cody Wilmer and his partners took to Kickstarter for MultiMods when they already have Fitz Kits setup. That doesn’t make their invention any less useful though. 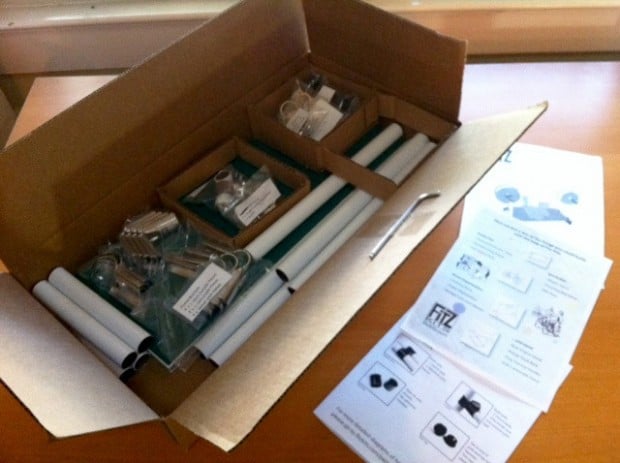 Pledge at least $75 (USD) on Kickstarter to get a MultiMod kit. The Battlestation kit in the images above can be yours if you pledge at least $95. You can also have a look at the Fitz Kits shop if you don’t need a lot of poles and joints at once.