Spin Chill Cools off Warm Beer in Less than a Minute

Some people don’t mind drinking a beer at room temperature, but I think most of us prefer it to be chilled. It takes at-least 10 to 15 minutes in the refrigerator before you can get it chilled. Who has the time for that when there’s drinking to be done? Well, now you can chill your beer in under a minute. 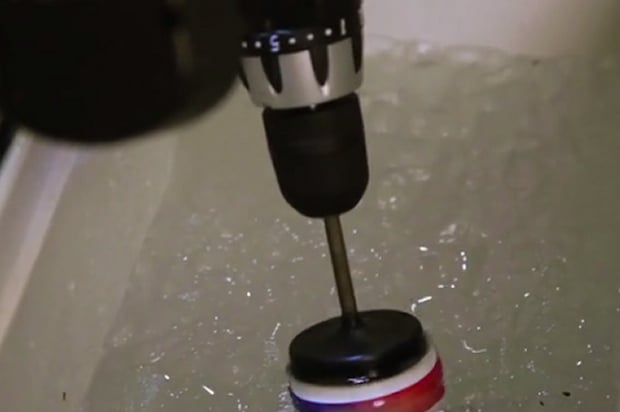 The answer? The Spin Chill. This little first world problem solver spins an individual beer can inside your ice chest. It’s basically a drill bit with cap on the top. That cap holds your beer. You supply the spin.

But what if you’re too lazy to get the drill out of the garage? Go for the Beerouette – a complete mini drill that you attach your beer to and spin. If you want to get in on this, head on over to Kickstarter by October 17th. The bit by itself is going for $12, and comes in versions for either bottles or cans, while the Beerouette sells for $35, and can chill either bottles or cans.