I don’t know what you would do with a laser that you can control remotely using a smartphone, but I want one nonetheless. I own a few lasers from Wicked Lasers and typically I use them for stargazing with the kids to point out things I want them to see in the sky. I’ve also used them to torment more than a few kitties. 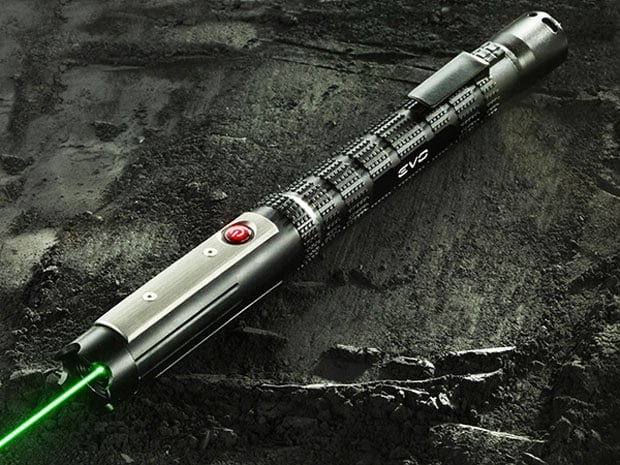 Wicked Lasers has unveiled a new laser called the Evo that is the world’s first open source smartphone controlled handheld laser. The device is designed to be fully hackable and is capable of operating wirelessly thanks to its available Bluetooth module. The $200 laser shoots a powerful 100mW green beam.

Power comes from a pair of AA batteries and it has four modes including momentary, constant, strobe, and bypass. The beam itself is continuously variable, and can light things on fire at its higher settings. Wicked Lasers guarantees that this is actually legal to own so the police won’t come beating on your door.

I have no idea what to do with this thing, and neither does Wicked Lasers yet. I am hoping some videos turn up on YouTube of people doing silly stuff with this laser.