Archos rolled out the original Gamepad Android-powered gaming tablet back in December of 2012. The company is back this week with the announcement of the Gamepad 2. The new Archos Gamepad 2 is still designed specifically for gaming on the go, but has received some much-needed upgrades. 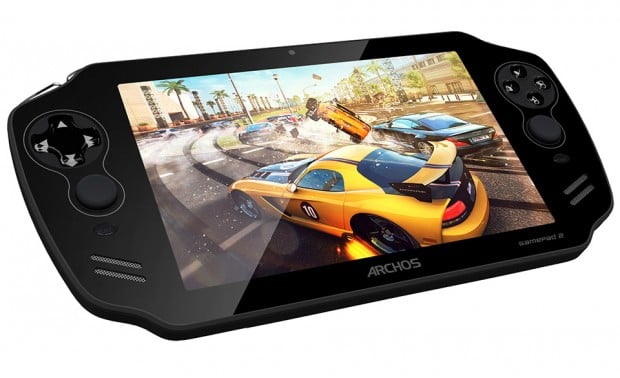 Its improved 7-inch IPS touchscreen has a native resolution of 1280 x 800 and the tablet runs Android 4.2. The processor running the show this time is a quad-core A9 unit running at 1.6 GHz paired with a quad-core Mali 400 MP4 GPU. The tablet is available with 8GB or 16GB of storage with both versions offering a MicroSD memory card slot for expansion. 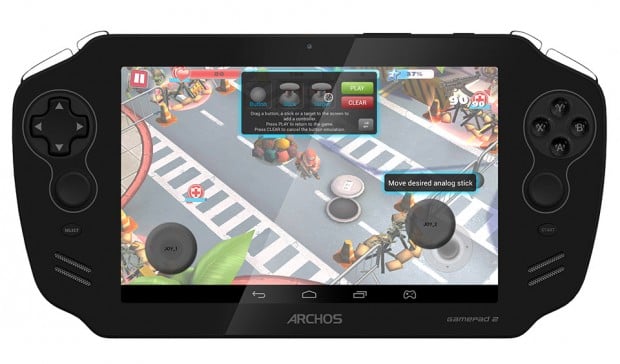 The tablet also features 2GB of on-board RAM, integrated dual-band Wi-Fi, and Bluetooth, and a Mini HDMI output. Of course, the biggest feature for gamers is going to be the controls with six front facing buttons, four shoulder buttons, a directional pad, and a pair of analog control sticks.

Power comes from an internal lithium polymer battery and the device measures 7.9 x 6.0 x 0.39-inches and weighs less than a pound.

The Gamepad 2 will be available in the US at the end of Q4 starting at $199.99 (USD), and will include two free games optimized for play on the system, Asphalt 8 Airborne and Modern Combat 4: Zero Hour.