When you think of Disney, most typically think of animated movies and theme parks, but Disney also has a research arm that looks into all sorts of future technology. Researchers at Disney have created an interesting and very cheap power generator that uses pieces of paper. This won’t create enough power to run your computer, but it does generate enough electricity to make LEDs glow, make sounds, or turn on an e-book display. 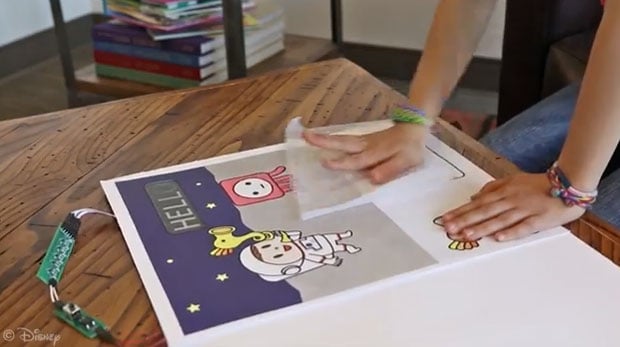 The generator uses sheets of conductive Teflon to create an electrical charge as users rub, touch or tap its surfaces together. Circuits are then able to take advantage of that electric charge and harness it to create power for small electronic devices.

The researchers say the generators are extremely cheap and convenient to produce. Such generators could to add interactivity to just about anything you can think of. Disney sees the potential for such generators to be used to power interactivity in books, papers, magazines, posters, and a number of other places.

Researcher Ivan Poupyrev said, “This simplicity leads to countless applications enabling interactivity everywhere and anytime. My overall goal is to make the whole world interactive, and creating ubiquitous power supplies is a key step in that direction.”