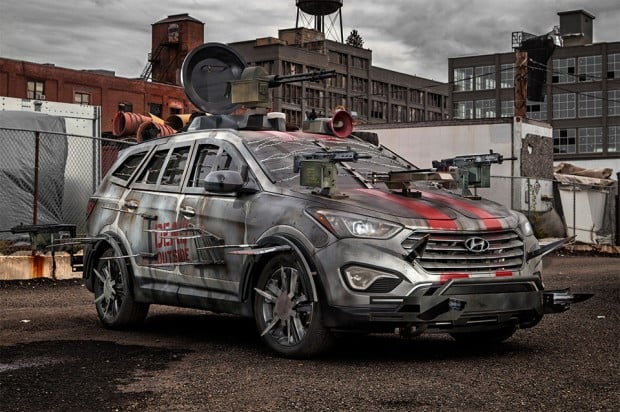 This vehicle was selected from 82,500 vehicle concepts that were created using The Walking Dead Chop Shop app. The app allowed fans to create the vehicle they thought would be best to roam the zombie wasteland in. The winner was Anson Kuo’s modified Santa Fe, called the Santa Fleeeee, seen below: 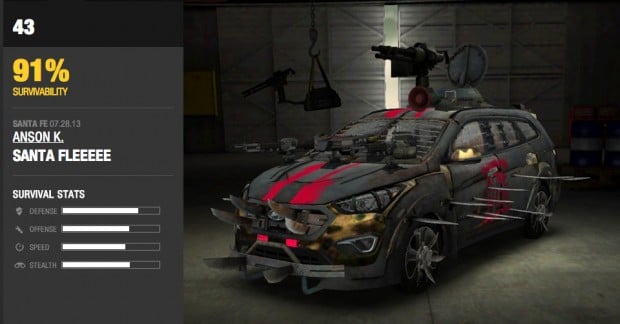 It was brought to life with the help of Galpin Auto Sports. The vehicle has everything you would need to take on the horde: knife blades, an automatic crossbow, razor-wired windows, three machine guns, a samurai sword, aluminum armor and even a silencer for the muffler. If you are attending NYCC this week, you will be able to see the car in person and even get behind the wheel for photo ops. 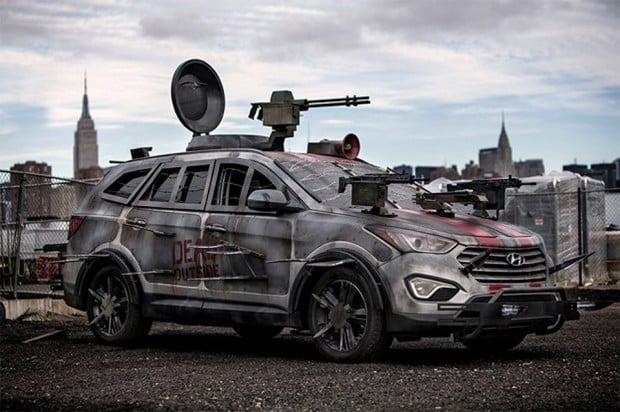