Astronomers have discovered a very unusual planet roaming freely through the galaxy. The planet is about 80 light years from Earth and is believed to be about six times more massive than Jupiter. The interesting thing about this planet is that it’s floating freely in space with no parent star. 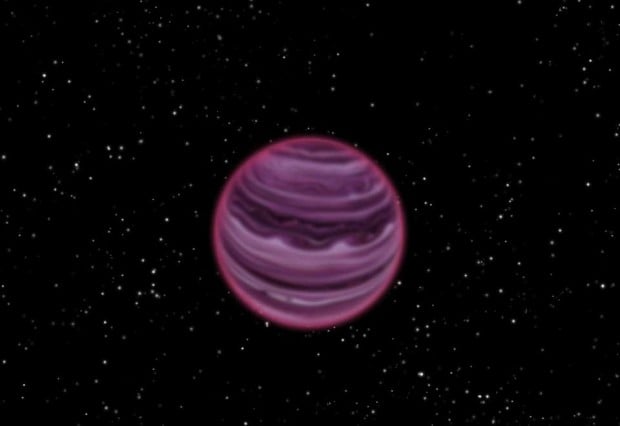 This isn’t the first time an orphan planet with no sun has been discovered, but this is the first time that astronomers and scientists are absolutely sure it’s a planet. In the past, the astronomers were unable to determine if these free-floating objects were failed stars known as “brown dwarfs” or “orphan planets.” 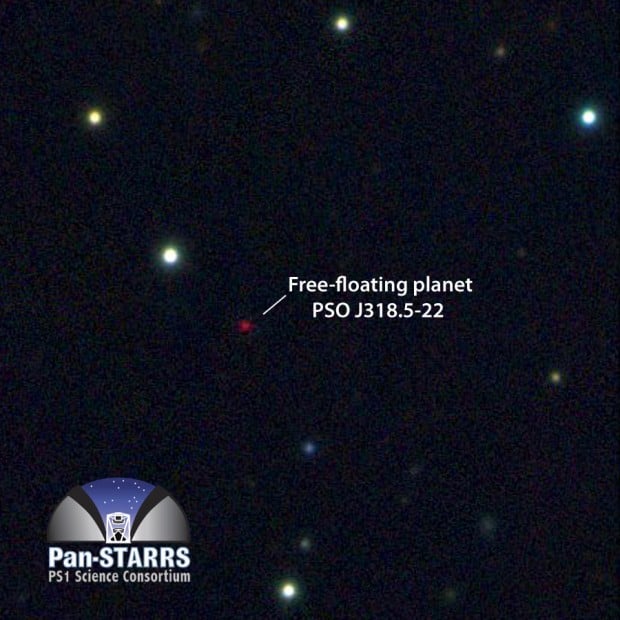 “We have never before seen an object free-floating in space that that looks like this,” team leader Michael Liu of the Institute for Astronomy at the University of Hawaii at Manoa said. “It has all the characteristics of young planets found around other stars, but it is drifting out there all alone. I had often wondered if such solitary objects exist, and now we know they do.”

The planet is known as PSO J318.5-22 and was discovered using its heat signature by the Pan-STARRS 1 wide-field survey telescope in Hawaii. Astronomers say most of the energy from the planet is emitted infrared wavelengths. The astronomers say that the planet has properties similar to those of gas-giant planets found orbiting young stars. The astronomers believe that the so-called “Ronin planet” is probably associated with the collection of young stars called the Beta Pictoris group and was somehow kicked out of its orbit.