HDT Self-Driving Machine Gun: You Have 20 Seconds to Comply

Maybe you thought that self-driving vehicles were a little bit further away, but check out this prototype machine gun, that will dispatch enemies from afar, without needing anyone to drive it. 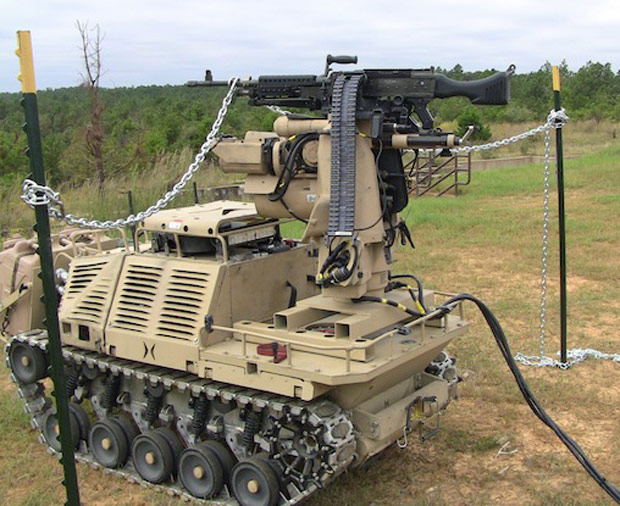 The HDT Robotics Self-Driving Machine Gun uses a M240 machine gun and it can fire at a target at almost 500 feet away. Such a robot could help clear the way for soldiers to safely enter a battlefield, assuming it’s able to tackle the terrain us puny humans can. The prototype was demonstrated for the US Army, and you’ll notice that they have it chained up “for safety purposes.” Perhaps they learned a lesson from ED-209. 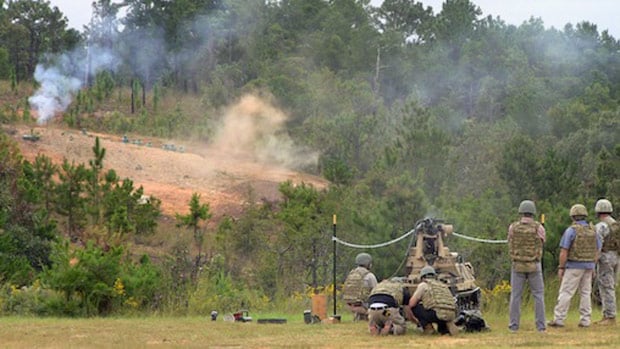 It can be a scary thought, having unmanned vehicle firing at enemies. So long as they remain firmly under human control, I guess it can’t be all bad.