If you’re going to the New York Comic Con with a kid, stay away from Booth 208. Otherwise you’ll have to explain why there’s a small batch of gold-domed R2-D2 action figures each rocking a purple hat, a cape and a cane. Because this isn’t a Count Dracula costume. 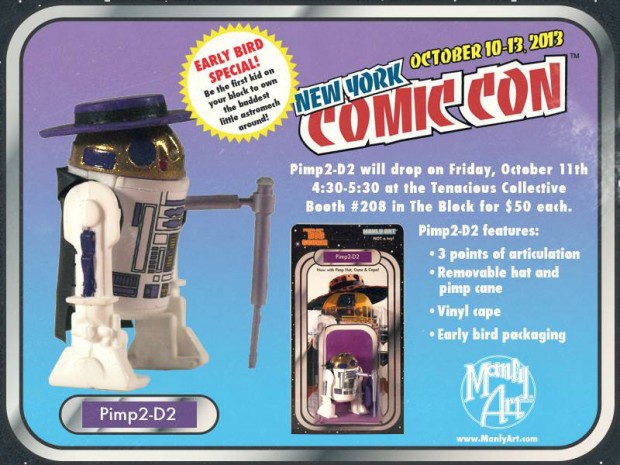 This robotic uh, solicitor is the work of Jason Chalker aka Manly Art. He also made a poster featuring his scandalous creation: 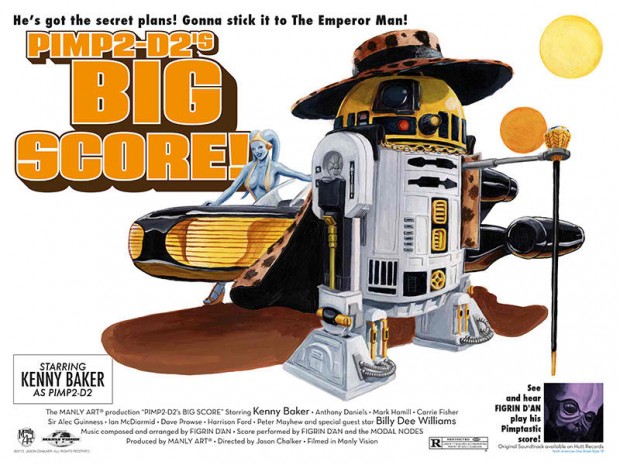 You can get the poster from Jason’s online shop (his other artworks are NSFW) for $20 (USD). As I said the action figure will only be sold at the New York Comic Con and will go for $50 each.