Yesterday Valve released a video showing a prototype of the Steam Controller – which is designed to be used with the company’s upcoming Steam Machines – being used to play a handful of games. The demo focused on the controller’s “legacy mode”, in which the controller emulates a mouse and a keyboard, letting you map keys and cursor movement to the controller’s buttons, triggers and trackpads. 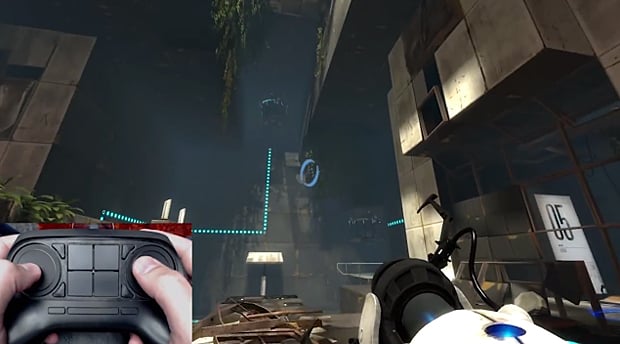 In the demo, the controller was used to play four mouse-heavy games: Portal, Civilization V, Counter-Strike: G.O. and Papers, Please. The games were chosen to show the accuracy of the trackpads, as well as how well it works with menu-heavy games that were meant to be used with a keyboard and mouse.

As was mentioned in the demo, Valve will release more demos featuring a variety of games. Even if you’ve already decided that the controller isn’t for you, remember that Steam Machines will still support mouse and keyboard combos. In any case I think that the Steam Controller is mainly for console gamers, to get them to try the PC games on Steam. That said, I wouldn’t be surprised if Valve is working on or supporting the development of games that were made with the Steam Controller in mind.