Sony BRAVIA Smart Stick: Smarten up Your HDTV by Hitting It with a Stick!

There are lots of different kinds of USB dongles and adapters to make your home entertainment system play nice with your computers, but Sony has just announced the release of a smart stick, which will hopefully smarten Sony HDTVs. 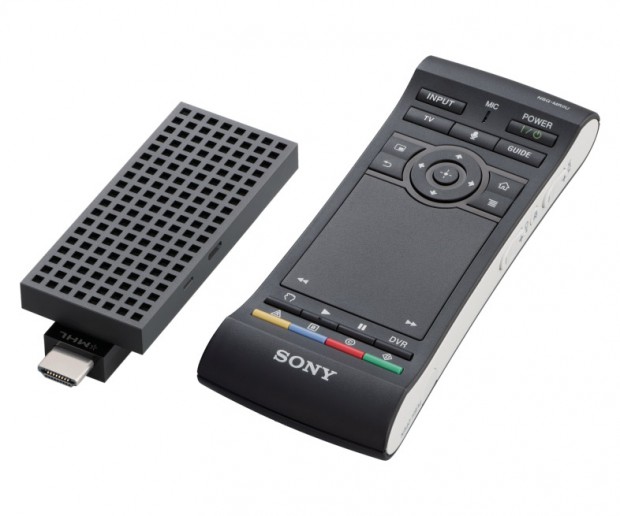 The Sony BRAVIA Smart Stick will let you run Android apps from the Google Play store as well as the Chrome browser, and offers pre-installed apps like Netflix, Pandora, Hulu Plus YouTube and others. You can also use the device to search for programs across various sources – including live TV, and it can seamlessly operate other devices with its universal remote capability. 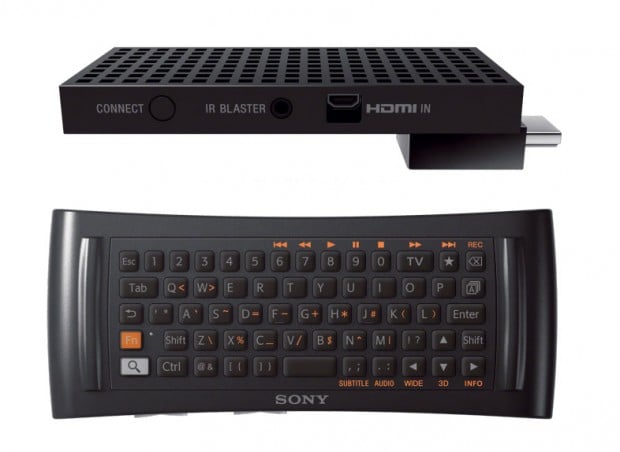 Unfortunately, the Smart Stick is only compatible with Sony’s BRAVIA range of HDTVs with MHL support.  It’s available now for $149.99(USD).