With gadgets like the Oculus Rift and Google Glass, it’s looking like the future of displays is going to be a war for space on our faces. Here’s one more promising invention that may make you wish you had several pairs of eyes and foreheads. castAR glasses can not only beam stereographic 3D to your eyes a la Oculus Rift, they can also project 3D video to the real world. 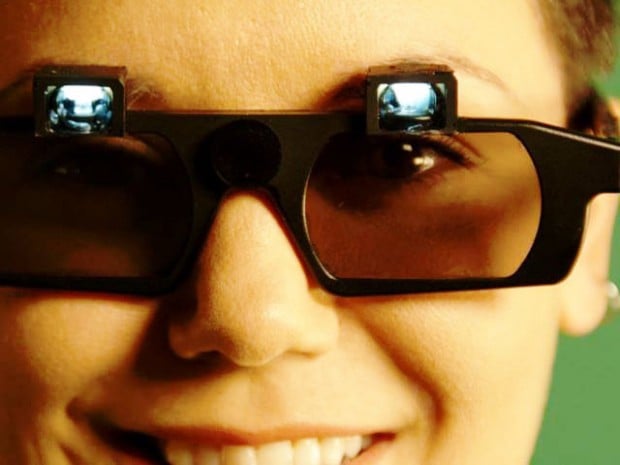 castAR is the invention of Technical Illusions, a company setup by former Valve employees Jeri Ellsworth and Rick Johnson. The two are videogame industry veterans with decades of software and hardware expertise between them. Their device can display hologram-like videos and images in 3D using two micro-projectors and a retro-reflective sheet. 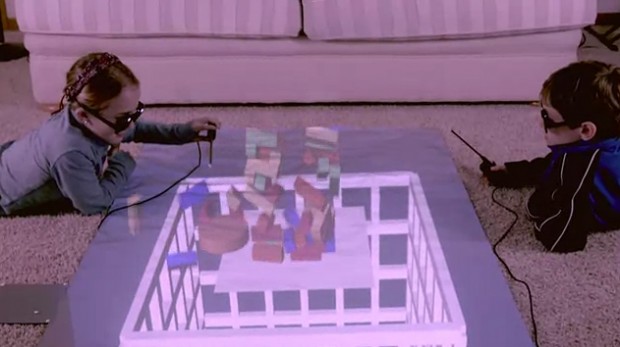 Aside from acting as a display, the sheet is also required for motion tracking. A camera in the middle of the glasses tracks infrared markers on the sheet to deduce the wearer’s head position and orientation. The wearer’s perspective is properly adjusted as he moves around the sheet, as if you were looking at a physical object from different angles.

The wand shown several times in the video is a controller designed to work with the glasses. It has buttons, a trigger and a joystick, and it can also track its own position. As you saw in the video the controller is used to interact with the projected images, increasing the illusion that there really is something in front of you. 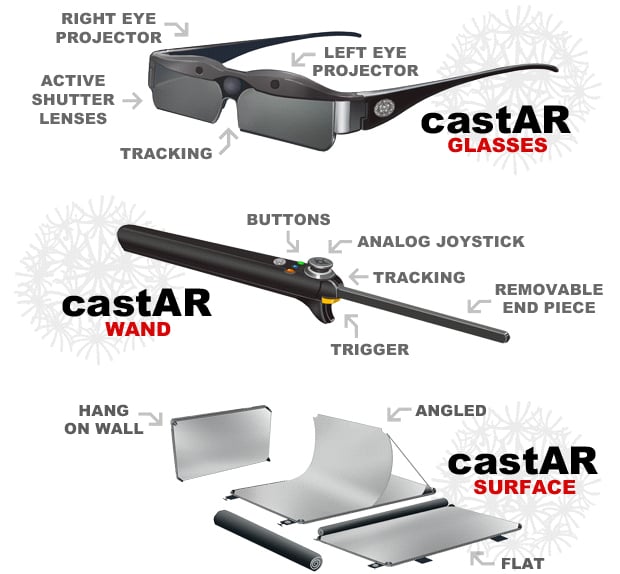 What I find most exciting are the RFID add-ons. You can get an RFID tracking grid that can track RFID tags. The tags can do anything from summoning a figurine into the game – similar to Skylanders – or displaying stats. But there’s also an add-on with called an RFID Base. The base is essentially a tiny computer that can control other hardware. For example, as Technical Illusions mentions in its Kickstarter page, you could have an RFID Base with red LEDs and a tiny smoke machine. Stick a dragon figurine on top of that base and your game can trigger the base to become a glowing, smoke-belching monster. If that doesn’t make you support castAR I don’t know what will.

Pledge at least $189 (USD) on Kickstarter to get the castAR glasses plus the retro-reflective sheet.