Cardless Banking: Get Cash from the ATM Using Your Phone

A lot of things can go wrong while you’re withdrawing cash from an ATM machine. For one, you could press a wrong key while you’re entering your PIN, which means you have to start over. And while many machines have changed their card readers, your card could get stuck in some machines, which means you’ll have to call a hotline so you can get your card back. It’s also easy for thieves to skim and steal your magnetic stripe. And the list goes on.

Eliminating all these is the Cardless Cash Access (CCS) app that people with accounts at Wintrust (IL), BMO (Chicago), or City National (Los Angeles) can take advantage of. 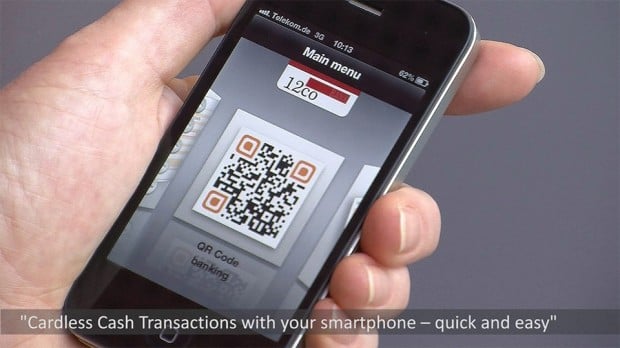 Using technology developed by FIS, CCS eliminated the need to have your card with you while you get your cash. It also cuts down the withdrawal process from 30 to 40 seconds to about nine seconds. Now that’s fast cash.

Here’s how it works: clients can put in a request for a withdrawal up to 24 hours before they go and pick up the cash. A QR code is then generated by the app, which should then be scanned at the ATM machine before the cash is released. You’ll need a good Internet connection to access your code when you make the withdrawal though, so that’s one drawback if your carrier doesn’t have the best 3G or 4G service.