The gadget-opening geeks over at iFixit have laid hands on the new Kindle Fire HDX seven-inch tablet and proceeded to tear open the device. The teardown uses a look at what the hardware inside the tablet looks like. To get inside its juicy insides required several tools designed specifically for opening plastic cases and removing Torx screws on the inside. 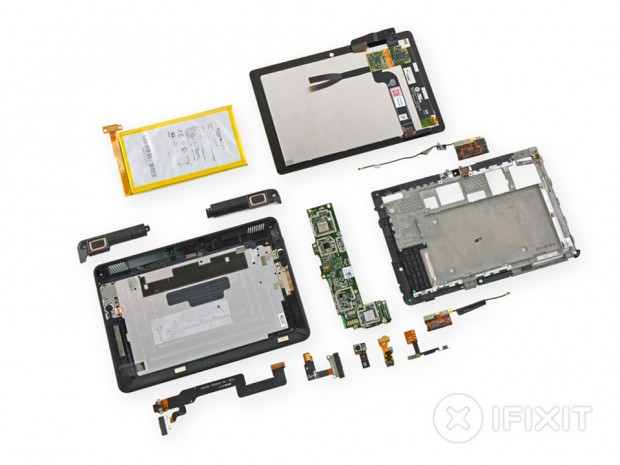 The Kindle Fire HDX has a seven-inch screen with a resolution of 1920 x 1200, a quad-core 2.2 GHz Snapdragon 800 processor, integrated Wi-Fi, a front 720p resolution front-facing camera, and up to 64 GB of storage. 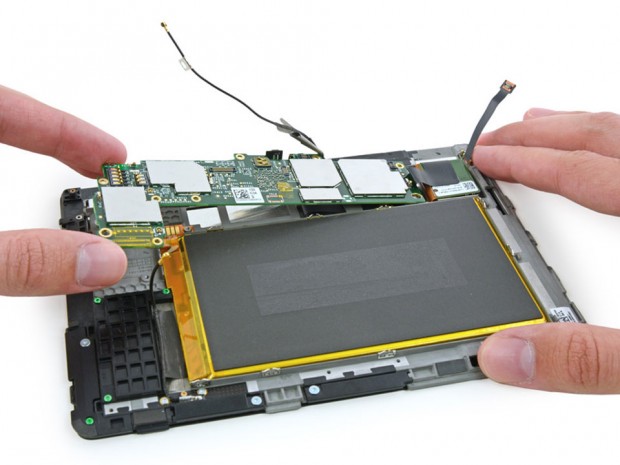 However, the company always gives products a repairability score based on how difficult it is to open them up and get at the components. On a scale of 10 with 10 being the easiest repair, the Kindle fire HDX seven-inch tablet scored very poorly, with a final score of three. 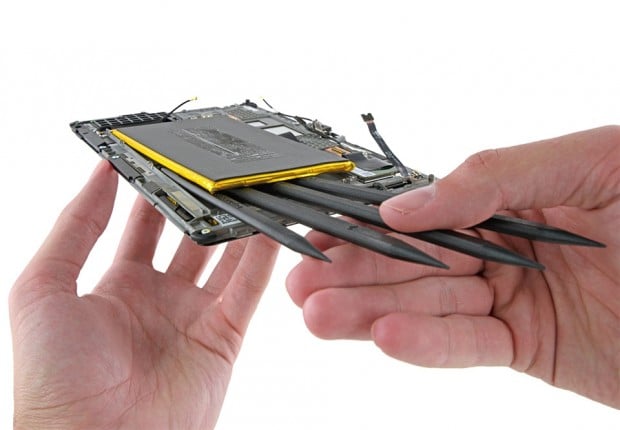 Some of the things most negatively affecting the score are a battery that’s glued firmly in place and an LCD that is fused to the front glass requiring the entire LCD unit to be replaced if you break the glass. Eesh.