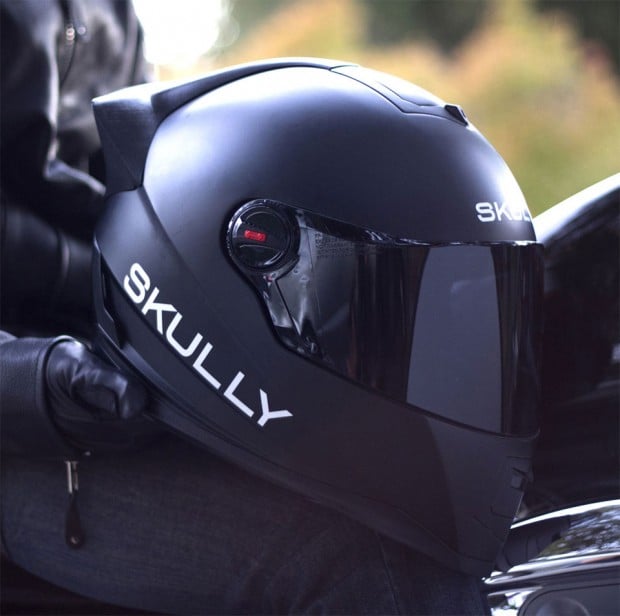 The helmet is also able to pair to smartphones and offers voice controls for calls, music, and turn-by-turn navigation directions. The helmet uses the something Skully calls their Synapse HUD, which appears to float 20 feet in front of the rider’s field of view. The overlay is persistent and has two views for the rider to choose from. One of the views is a standard rearview camera mode and the other offers detailed turn-by-turn navigation. 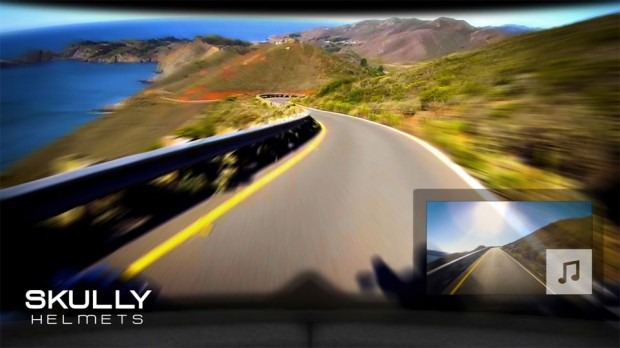 The helmet runs on internal battery good for nine hours of use per charge. The helmet is powered by the Android operating system and the company plans to launch an SDK next year allowing developers to make apps specifically for the helmet. In addition to all of it’s high tech chops, the helmet meets DOT and ECE safety standards. Pricing and a release date is unannounced at this time.