Stink Yourself Slim Grosses You out So You’ll Lose Weight

It’s easy to gain weight, but it’s exponentially harder to lose it. As you probably already know by now, crash diets won’t work. What does work is cleaning up your diet and adding more exercise into your lifestyle.

Then, of course, there’s Stink Yourself Slim. 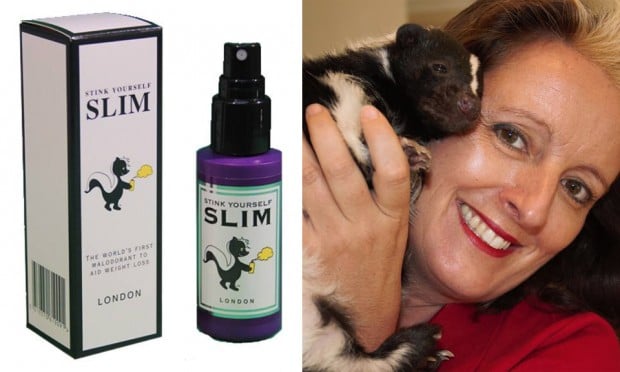 I wouldn’t say it’s revolutionary, but I would say that it’s definitely unusual.

Stink Yourself Slim is basically a stink bomb in a bottle, but you’re not supposed to use it to prank others. Instead, you’re supposed to spritz some and smell it so you’ll lose your appetite. It’s logical: the less food you eat, the more weight you lose. It was created by Alex Fontaine and was inspired by a real-life event when a skunk crashed a buffet and ruined everyone’s appetite.

It’s being advertised as something that curbs emotional eating as it “works on brain areas that control motivation and behavior.” I’m not sure how stinking up the place affects a person’s motivation, but I will agree that it’ll make them want to eat less.

[via TAXI via FoodBeast via Incredible Things]